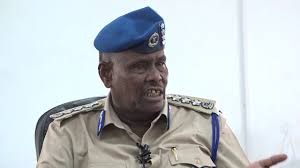 The Somali government has banned visits to inmates in prisons across the country as prevention measures to curb the spread of coronavirus.

The chief of Somali custodial corps, General Mahad Abdirahman Aden, said the move follows a directive issued by the ministry of health & social services for a matter of two weeks.

The health department has pledged to put in place officials and equipment at exit and entry points of prisons for CONVID-19 screening.

It is reported that 1200 inmates are currently in detention at the central prison in Mogadishu according to the UN office of Drugs and Crime.

Mogadishu’s prison facility was the only prison that was under the responsibility of the ministry of justice of the former transitional government of Somalia.

The government decision has been hailed having in mind the prison facilities are not up to bar with the required standards.

So far one Somali national was diagnosed with the virus while others were quarantined for testing positive with CONVID-19 after they traveled to an affected country.

All learning centers were directed to close for two weeks, civil servants ordered to work from home as int’l flights are banned except cargo and planes with humanitarian supplies such as food and medicine.