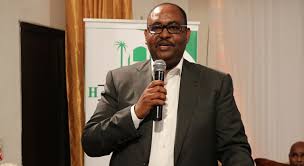 The office of UN Assistance Mission in Somalia has lauded a planned visit by Puntland leader, Saed Abdilahi Deni to Mogadishu in the upcoming days.

The Garowe based administration said the regional leader will pay a visit to the Somali capital to meet with the Federal gov’t leaders in attempt to resolve the political standoff between the two sides that has been raging for months.

The UN in Somalia commends President Deni’s intention to visit Mogadishu and is pleased with the Federal gov’t delegation who welcomed the move.

UNSOM said in a tweet adding we look forward to the meeting between President Deni and President Farmajo to advance dialogue in the national interest.

The move comes after cabinet members and members of the parliament pressurized the regional leader to make concessions during Puntland state consultative forum last week.

A resolution by Puntland authorities to conduct the Somali political stakeholders Forum in Garowe to discuss the future of upcoming elections was rejected.