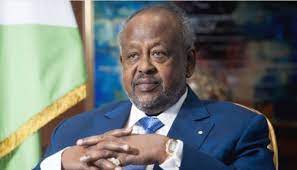 Somalia’s government on Tuesday imposed a day-long curfew and canceled flights at Adan Adde International Airport ahead of a visit by Djibouti’s President Ismael Omar Geelle.

Armored military vehicles and heavily-armed troops could be seen in the streets of the conflict-torn Somali capital on Wednesday morning, hours after roads were closed to traffic and residents were banned from walking to work.

Security officials called on residents to stay in their homes, adding that roads were closed to safeguard the security of the visiting delegation.

Geelle is expected to meet with Somali President Hassan Sheikh Mohamud and attend the ribbon-cutting ceremony of a Somali language academy constructed in Mogadishu.

It comes after more than seven explosions were heard near the presidential palace in Mogadishu on Tuesday night.