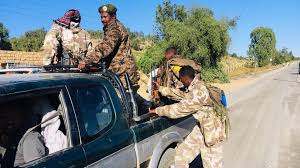 As Ethiopians have lived through wars and are aware of the cost of wars and conflicts. They must realise that a small spark or a single gunshot fired can easily ignite and burn the whole country in an unprecedented chaotic and disastrous situation.

The federal government and the tigers must avoid intensifying the situation or creating more tensions.
They must urgently agree to a ceasefire and enter into unconditional dialogue and discussion in a neutral venue in order to maintain a truce and resolve the constitutional dispute that is the immediate cause of the conflict.

Besides, it is paramount that Ethiopia’s neighbors and all their international partners exercise their authority to intervene to restore peace as they are obliged to do so, the international community need to make an arrangements for the two sides to settle and freeze the tensions. If the Ethiopians fight one another, this war will be a bloody war that will burn and break out right across the country. Ethiopia needs to work out its differences through discussion and negotiation.

Not forgetting that TPLF not only possessed much of the country’s military capacity, experts believe that tigrayans have at least fifty percent of all Ethiopia’s armoury and are still controls it, therefore any attempt of an open confrontations with the tigrayans will be catastrophic and would not necessarily mean achieving or pulling off an easy result or a straightforward win.

Any Attempts to use force may also exacerbate ethnic tensions and instil secessionist sentiment in the country’s ten regions. If that does happen, God forbid, Ethiopia will surely collapse.
The only potential win-win situation in the dispute is negotiation and dialogue.