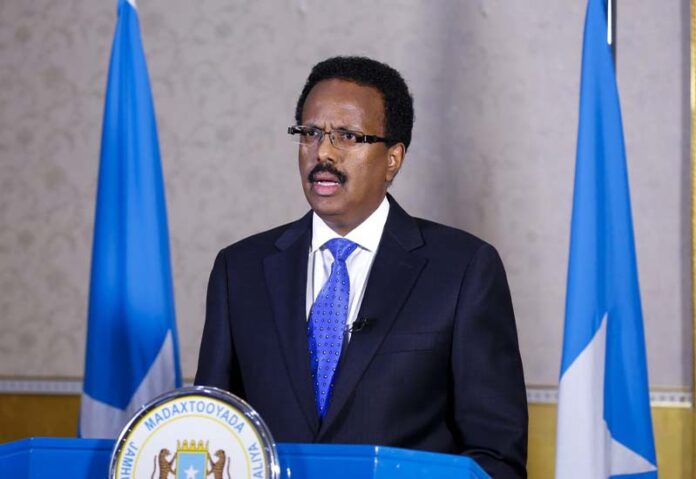 Somali President Mohamed Abdullahi Farmajo has endorsed the National Consultative Meeting and its outcome. Farmajo said that the meeting of the National Consultative Council convened by the PM produced positive results that ensures the completion of the country’s polls. Farmajo called on all parties to refrain from rushing to hostilities and cooperate on the conduct of peaceful polls. He sent a stern warning against the misappropriation of public funds for electoral purposes.

Farmajo spoke in a more conciliatory tone and never commented on his frosty relationship with Prime Minister Roble, whom he tried to oust from office on the eve of the NCC meeting just over two weeks ago.
Somalia’s Federal Electoral Implementation Committee, who fired their chairman in late December over corruption allegations, welcomed the outcome of the NCC meeting. The electoral commission said the development was timely and called on stakeholders to adhere to the new electoral schedule.

The UN also welcomed the consensus deal reached by the NCC on Sunday to expedite the electoral process and called on Somalia’s leaders to cooperate on implementing the 18-point communique. “The UN encourages Somalia’s political leaders to continue in a spirit of cooperation, avoid provocations that risk new tensions or conflict, and stay focused on delivering a credible electoral process quickly for the benefit of all Somali.”

Following the NCC meeting, Prime Minister Mohamed Roble and six FMS leaders agreed to complete parliamentary elections – which have dragged on for over a year – by February 25. Although Somalia’s Upper House is completed, however, elections for the Lower House have ground to a halt following allegations of widespread electoral fraud by opposition figures and candidates.