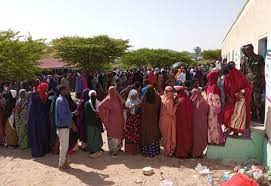 While rightly lauded for its elections, the self-declared states’ lack of female representation points to a deep problem in its democratic health.

Over 30 years since declaring independence from Somalia in 1991, the Republic of Somaliland has established itself as a paragon of stability in a tough neighbourhood. Although it remains internationally unrecognised, it is inevitably compared favourably to Somalia, not least in its efforts to establish a homegrown democratic tradition. Though not always smoothly, Somaliland has held eight functional elections and one constitutional referendum since 2001.

The republic’s latest poll – the combined parliamentary and local council elections on 31 May 2021 – maintained this tradition. As documented in the final report of our international observation mission, the election was peaceful and saw opposition groups gain at the expense of the governing party.

This bodes well for the presidential election due in 2022. However, our report also points to gaps and long-standing issues that require reform. To begin with, virtually no vote in Somaliland’s history has taken place on schedule. The parliamentary aspect of the 2021 election, for instance, was 11 years late. Somaliland’s political system also only allows three parties to participate in elections. While this rule was established to limit the fragmenting influence of clanism on politics, it curtails wider democratic expression. And then there is the glaring issue of female representation.

In the 2021 elections, not a single woman was elected to parliament. This level of female exclusion from politics is unprecedented, but the problem is not new. Prior to these elections, there was only one female MP and nine female local councillors. Now, uniquely in Africa, Somaliland is left with zero women among its 82 elected MPs and a mere three women among the 220 elected councillors. Out of the 246 candidates who ran for parliament, just 13 (5%) were female.

This poor result came despite some advance optimism. For many years, Somaliland’s civil society organisations have campaigned for party lists to have a 30% gender quota to guarantee female political representation.  Although this was not included in the 2020 electoral law revisions, all three parties agreed to a voluntary quota of six female parliamentary candidates each.

When the election came round, however, the two biggest parties reneged on even this paltry commitment. Meanwhile, female candidates were not given equal opportunities to contest during candidate nominations with “open lists” disadvantaging them in particular. This low representation extends to Somaliland’s National Electoral Commission too, where just one of seven commissioners is female.

Somaliland’s lack of female political representation is all the more glaring given the high level of women’s political participation. On polling day, for instance, many women served as polling station staff, including as heads of polling stations, and women voted enthusiastically in large numbers. Historically too, women played a key role in establishing Somaliland’s political stability. Despite being excluded from the male-dominated clan negotiations at the start of the republic’s separation, women’s role as mediators between their birth and marriage clans along with female-led grassroots campaigns for peace were central to ending the clan-based conflicts of the 1990s.

According the Somaliland-based think tank the Center for Policy Analysis (CPA), female candidates faced a wide range of challenges in this election. These include lower financial resources compared to male candidates; a lack of support from electoral bodies, voters, and their own parties; and patriarchal pressure from their clans. The Somaliland Non-State Actors Forum (SONSAF), an umbrella of civil-society organisations, similarly emphasises the politicisation of clan identity as a key barrier, noting how “women are seen as unreliable representatives in the political arena due to their dual affiliation to their father’s and husbands’ clans”.

Amina-Bahja Ekman, co-author of Political Settlement in Somaliland: A Gendered Perspective, also points to the role of religious conservativism. “If you are a devout Somali woman, supporting a woman would put your religious convictions in question,” she says.

Ekman emphasises that Somaliland society is not stagnant. Younger women in particular, she says, see political representation as “a need, as a way to break free from traditional gender roles”. Yet the focus on clan means that discussions of policy – for women’s rights, labour, health, and more – continue to be eclipsed by clan politics. “Rather than policy, that is what you are voting for,” she says.

How to increase representation

To improve female political representation going forwards, SONSAF calls for wide-ranging reforms. Among other things, it recommends boosting educational and employment opportunities for women and girls; ensuring institutions are more inclusive; increasing financial support for female candidates; and making sure women are included in the development of new political parties, which will be possible in 2022 when the ten-year mandate of the three current parties expires.

In our final report, we call for legislative measures to ensure female representation. Somaliland’s government and institutions should look at legal avenues for increasing women’s participation and, in the meantime, consider temporary special measures. These could include a closed-list system with special measures to ensure broader gender representation.

More widely, Ekman calls for a “paradigm shift” away from viewing female political participation in Somaliland through the prism of religion and culture. “Having a visible space in politics could in the long run lead to more political engagement for women,” she says.

For now, however, half of Somaliland’s population is effectively excluded from politics. For all accolades the republic has rightly gained, this unsustainable and unjust fact is impossible to ignore.