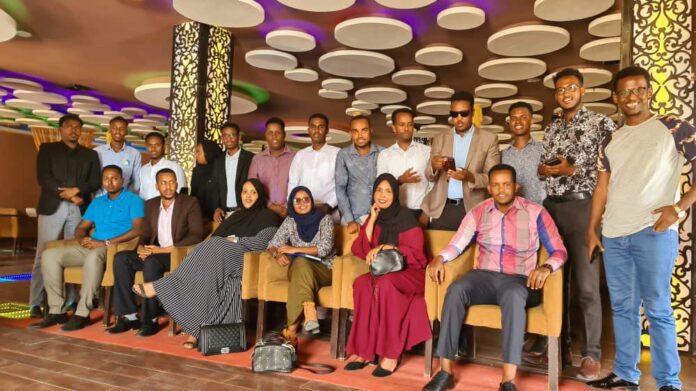 In this month, SOLJA is expected to hold the 7th journalists association conference in the capital city of Hargeisa-Somaliland, where is expected to elect its board of directors (BOD) for the next three years.

By looking at the facts and the information available it’s pretty clear to all journalists that in the manner this conference is been organised isn’t in the spirit of democratic elections and an atmosphere of where open discussions can take place.

As journalists, we have strong suspicious on the upcoming election and its clear to us that the process is not transparent and there is no clear structure of getting fair and free election this term.

Somaliland journalists are watching closely the “few” who are trying to intervene in this election of the board. We believe the way things are right now isn’t the reflection of the long-lasting interest of the SOLJA.

What is going on is a “selection” but not an election and it’s been overshaded by prejudice and discrimination!

It goes without saying that the administration of the SOLJA is in the hands of the few unelected elites which has no place in the rules and regulations of SOLJA.

Quite frankly, this is a disgrace to the democratic elections that lasted for decades.

It’s unfortunate that the ones regarded as unelected elites downhearted and ignored the written constitution of the SOLJA.

SOLJA relies on contributions from local and international donors, who support the development and transparency of consultation and integrity of SOLJA.

We call on them to closely monitor the situation of the now-defunct SOLJA and take into account any wrongdoing caused by the group that hijacked the organization’s destiny.