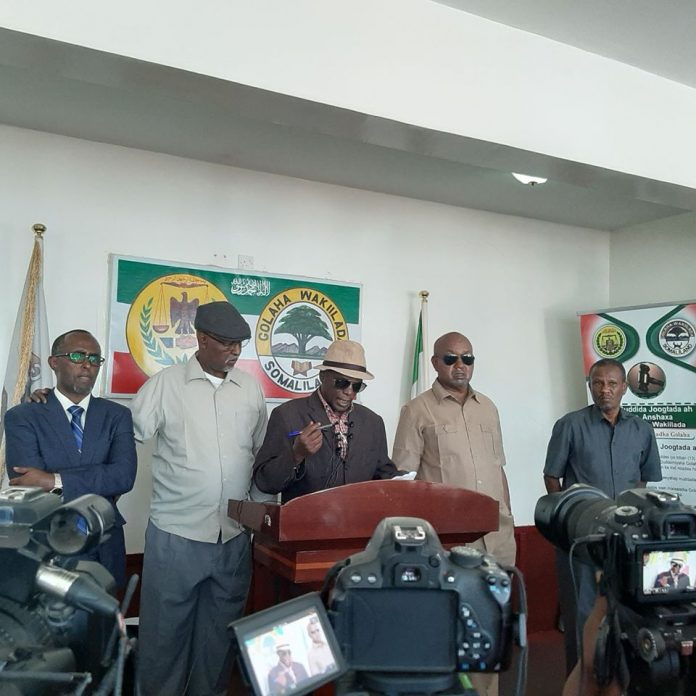 According to a statement released by the Somaliland parliamentary committee withdrew trust and cooperation from the chair of UCID party.

The MP’s have accused Faisal Ali Warabe of violation and being disrespectful to Somaliland’s constitution and jeopardizing the peace and unity of Somaliland populace.

The Committee called on the registration of political organization body to lift immunity from Faisal Ali Warabe so that they can lodge the prosecution of his case at the court.

UCID chairman has responded by saying that the allegations against him are invalid.

He argued that he has not broken the country’s laws of the constitution.

He said that the lawmakers are seeking term extension which is illegal and not binding.