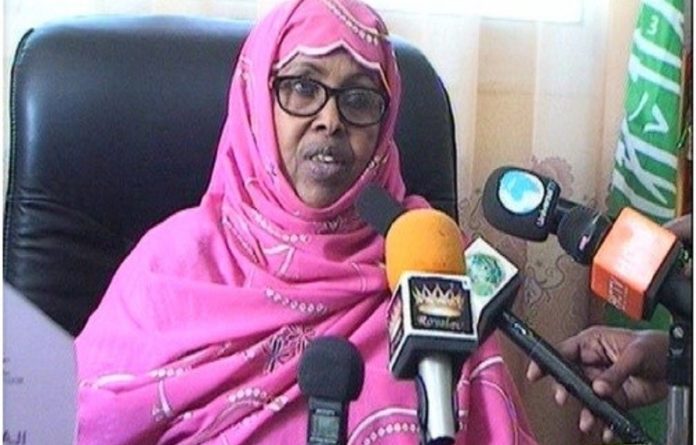 On 22nd March, during the cabinet meeting held at Somaliland Presidential Palace, Minister of Environment and Rural Development H.E. Shukri Baandare called for Somaliland people including Rangeland Officers to utilize rain water as the rainy season starts in some of Somaliland regions. She highlighted that recent drought that hit the country put the lives of people and livestock at profound risk as 70% of Somaliland GDP is generated by the export of livestock with all of their types.

In addition, more than 65% of Somaliland livestock disappeared due to harsh and severe droughts which forced most of pastoralist communities to migrate to distant regions where water and pasture are available. While the ministry has no financial capability to develop the rangelands that exist in many parts of Somaliland, her contributions will not exceed establishing a nursery center in the rangelands, fencing and other basic facilities which can play excellent role in rangeland management.

Mrs. Shukri also shed light on other activities such as constant deforestation; urbanization and absence of land use are contributing factors which negatively affected rangeland resources to feed millions of Somaliland livestock. Indeed, the minister stated that those who carry out harmful activities that threat Somaliland rangeland will face punishment as tortoise dealers earlier this year.

Despite the fact that Ministry of Environment and Rural Development is planning to fight environmental challenges in the country, H.E. Shukri pointed out the need for financial support to improve the different rangelands locations in Somaliland. Other cross-cutting issues the minister emphasized including banning of plastic bags, charcoal, water harvesting strategies and wildlife protection which are in danger.