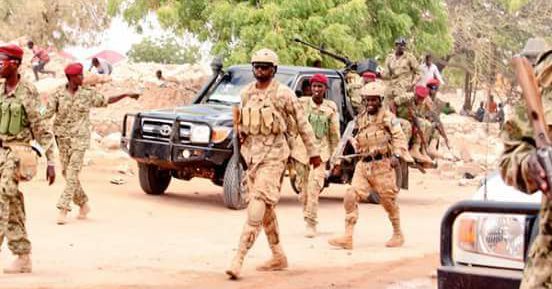 Al-Shabaab fighters fled the area without resistance on Tuesday morning as Darwish forces advanced to the area.

Puntland forces are conducting out military operations to annihilate Al-Shabaab fighters from the area.

Al-Shabaab fighters are trying to topple Western-backed Somalia’s government and have intensified attacks against government officials in Southern and Central Somalia.

Puntland is situated on the Gulf of Aden, near the entrance to the Red Sea and the Suez Canal, one of the world’s busiest shipping channels. Like the rest of Somalia, the semi-autonomous region is battling militants from the Al-Shabaab group, an al-Qaeda affiliate.