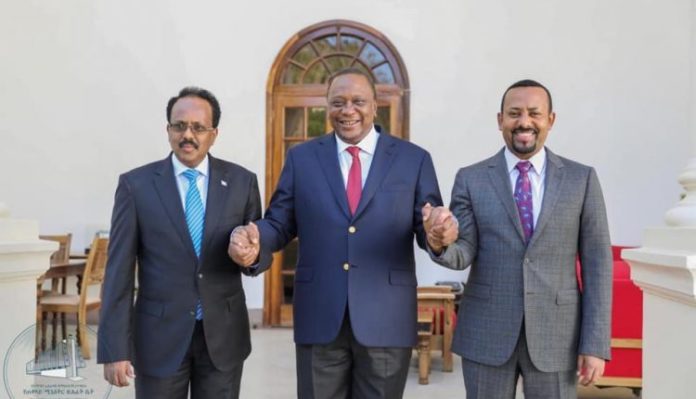 Through the facilitation of Prime Minister Dr Abiy Ahmed, President Uhuru Kenyatta and President Mohamed Abdullahi Mohamed met this morning to discuss extensively on the source of the two countries dispute.

As an outcome of the discussions, both parties agreed to work together towards peace and to take measures in addressing particular issues that escalated the tensions, according to Office of the Prime Minister.

The two counties are involved in a dispute over their maritime territorial boundary.

The area in question covers an estimated 100,000 square kilometers of the Indian Ocean.