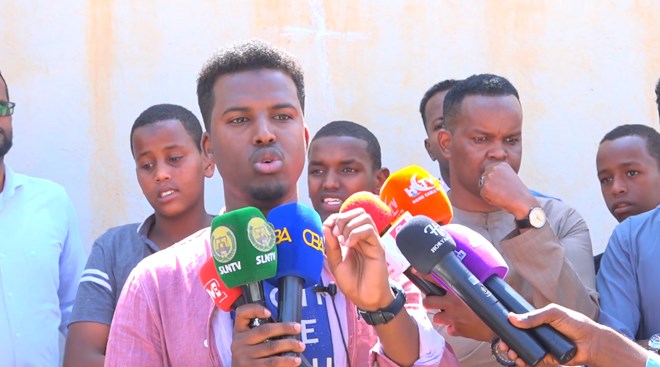 For a free and democratic society, the people would expect the media to cover political and social events and information in an accurate, concise, and unbiased manner. The media to act as the watchdog for the public—to hold the political and business leaders accountable. More importantly, the media coverage must be free from the influence of special interest groups such as political, businesspeople, or clan leaders. But, so far, the so-called Somaliland YouTube based outlets have failed to practice the basic principles of journalism.

They blatantly ask for money before they provide any coverage (Brown-envelope journalism)—a practice journalists accept money from the source, and they have become so corrupt to even inform the public what is going on or the facts.

In fact, they are acting as a front for failed politicians who are “Exploiters and Sowers of division”, greedy merchants who evade taxes, and foreign entities who are very determined to make Somaliland as a region of Somalia.

We do not have professional journalists in Somaliland. What we have is a bunch of underpaid young people, citizen reporters “with a mike and camera”, with little or no journalism or ethical training. They lack the basic code of good journalism: to report the news fairly, objectively, and accurately. They do not provide accurate, clearly sourced accounts of events.

For instance, On Wednesday April 13, Elik, a reporter for the MMTV, which joined the charade of ‘fake News’ crowd, provided erroneous information about ongoing law enforcement tactical operation inside Hargeisa Central Prison—which houses the most notorious criminals, including terrorists. On Facebook live, he said, “Heavy gun battle is going on inside the Prison,” and he added, “Several corrections officers have suffered gunshot wounds.”

He and others could not wait to get the facts surrounding what took place at Hargeisa Central prison from the authorities.

According to the Head of the Somaliland Department of Corrections, Ahmed Yusuf, the whole incident was not more than an altercation between the inmates. After Corrections officers tried to control the melee, the inmates used stones to injure 4 officers, who suffered minor injuries. However, the officers kept the prison under control.

Attack on the prison using assault weapons, it turned out that there was no such attack, a huge number of wounded officers, it never happened. All were lies perpetuated by the Somaliland ‘Fake’ News to give comfort and aid to Somaliland’s enemy, and disservice to our people.

Any responsible journalist would not have broadcasted such ongoing corrections officer’s operation, because the terrorists and their supporters would be able watch the coverage live.

What officer provided Elik the fake news? It seems he manufactured the whole story to appease his alleged Mogadishu paymasters.

But the owners and the management of the Somaliland YouTube outlets also have responsibility to report accurately and fairly, especially cases involving public safety. They should also be held accountable for any journalistic malpractice by their reporters.

We should have to set up a standard of conduct for journalists to operate if they do not have one already. The journalist deserves to receive better training on ethics and good journalism. We should also address their pay, so they do not have to ask for a bribe to cover a story; taking a bribe destroys the media’s credibility. That is why most Somalilanders do not trust the ‘fake news’ media.

The government should impose serious fines on the owners of the YouTube TVs if they broadcast any information deemed harming our security and public safety.

The government should also go to the bottom where these outlets: MMTV, BulshoTV, SAABTV and others receive their financing. For example, BulshoTV, is financed by Al-Harbi group, which runs a confectionery business. But after losing importing fuel business, they resorted to become the mouthpiece of the grievances of a local subclan in Ceel-Afweyn district.

In fact, most of these outlets are not news organizations; they are not more than a mouthpiece propagating the agenda of their own sub-clans.

They have failed to cover the most pressing issues that matter to the people: unfair tax system, higher cost of energy, crime, corruption in government and business, and higher inflation for food and other necessary goods.

There are credible allegations that MMTV and Universal TV were financed by the Somalia government and the UN disguising as promoting freedom of press.

I am editor of Gubanmedia; I am for freedom of press, but I am not for dishonest, unprincipled, fake, and biased journalists who are disseminating fake news with callous disregard for the stability and safety of our public.

The MMTV coverage on the story of the Hargeisa Central Prison incident has failed to meet even the basic standard of journalism. It is a dictionary definition of journalistic malpractice. Therefore, the government should crack down on MMTV and other ‘fake news’ media before they do more harm to the national security and stability of the nation. We cannot let them continue spreading their smear campaign against Somaliland.