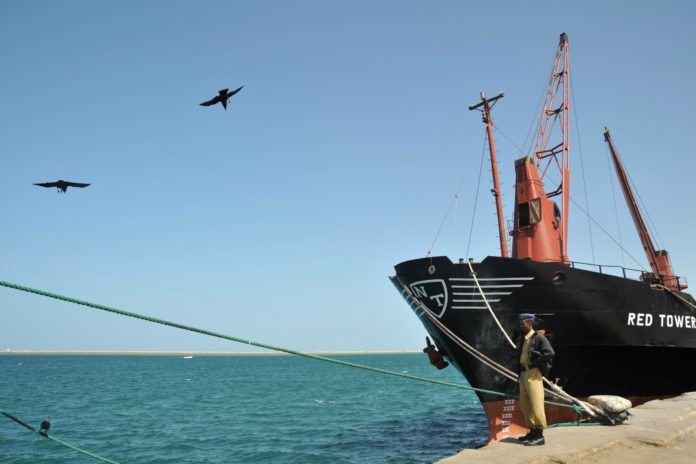 The UAE’s pursuit of strategic and economic opportunities in the breakaway region of Somaliland have led to a rupture in its formerly cordial relations with Somalia. Giorgio Berti reports.

Relations between Somalia and the United Arab Emirates (UAE) have soured considerably over the past year. The rupture was sparked by a deal concerning the further development of the port of Berbera, which lies in Somaliland, a breakaway region of Somalia whose independence is not recognised by the federal government or the international community.

The Emirati port operator DP World has been engaged in a $442m project with the government of Somaliland to develop the port of Berbera since 2016. However, when the two partners signed a deal at the beginning of March 2018 with the government of Ethiopia granting the latter a 19% stake in the project, the news provoked fury in Mogadishu.

The federal Ministry of Ports and Marine Transport denounced the deal as “null and void”, declaring that it was “detrimental to the sovereignty of the Federal Republic of Somalia and the unity of the country.” The lower house of the federal parliament soon followed suit, voting to nullify the deal and ban DP World from Somalia.

In a separate agreement later in the month, the UAE undertook the training of Somaliland security forces in connection with an existing deal for the creation of an Emirati military facility in Berbera. In response, Somalia called upon the UN to take the necessary steps to put an end to the building of the base, which it again said violated its sovereignty.

On 8 April, Somali officials confiscated bags containing nearly $10m from an Emirati plane at Mogadishu Airport. In response, the UAE shut a hospital it had been funding in Mogadishu and said that it would terminate a military training mission in Somalia.

The government of Somalia fears that the integration of Somaliland into global trade routes will reduce its leverage for a potential reclamation of the region.

Somaliland seceded in 1991 as Somalia became ungovernable amid war and poverty, but the region has yet to receive substantive international recognition. The government of Somaliland sees the UAE’s move as a valuable chance to increase economic ties with a significant regional player.

The developments are “part of an economic strategy to reinforce its position as an integral trade and logistics link between Asian and African markets,” says Robert Mogielnicki, a nonresident fellow at the Arab Gulf States Institute.

Aside from the aforementioned $442m pledged in the agreement to develop Berbera port, the Somaliland government hopes that the project and associated military training will bolster its standing internationally. Somaliland’s diplomacy is based on an assumption that if more countries can be induced to treat Somaliland like a sovereign state, it is just a matter of time before de facto international recognition becomes de jure.

The port investments at Berbera would appear to offer several further advantages, including boosting investor confidence and opening the door for further investment in the future.

However, many in Somaliland are concerned about the UAE’s military presence in the country, which threatens to suck the region deeper into a web of Gulf rivalries. Given that the UAE is pursuing long-term foreign policy objectives that place the Emirates at the crossroads of Africa and Asia, it may be safely assumed that its presence in Somaliland has the potential to last for decades.

For the UAE, favouring Somaliland is part of a regional strategy that attempts to place it at the heart of China’s “Belt and Road” project, also known as “The New Silk Road”, which envisages the establishment of a network of overland corridors and shipping lanes connecting China with the rest of Asia, Europe and Africa.

The UAE has expanded its presence around the Horn of Africa with military bases on the Yemeni islands of Socotra and Perim and in the Eritrean city of Assab.

The last two decades have also seen a big increase in trade with Africa. Between 2002 and 2013, non-oil trade between Dubai and the continent increased 700%.

The UAE’s gamble on Somaliland reflects its belief that the weakness of the Somali government means that future administrations could row back on Mogadishu’s current countermeasures.

Meanwhile, the UAE has been able to cash in on booming Indian and Chinese trade and investment in Africa. Its location and port facilities have made it a key transit hub. Yet these days may be numbered, as Kenya, Tanzania and Djibouti have all increased their domestic port capacity. As a result, the UAE’s investment in Somaliland may be seen as a pitch to retain its regional momentum.

In addition, the UAE is militarily committed to the ongoing civil war in Yemen. Given Berbera’s proximity to the theatre of operations, many view the creation of the base in Somaliland as an attempt to increase the country’s ability to intervene in the conflict. However, others view it as more indicative of a longer-term strategy. The Bab el-Mandeb Strait’s strategic position, which links the Indian Ocean to the Suez Canal, is key to Emirati economic ambitions. The Berbera port sits adjacent to this important shipping lane.

“Berbera might be more of a long-term projection and not for immediate needs in the war in Yemen, but long term, in terms of protecting that area and protecting shipping lanes,” says Omar Mahmood of the Institute for Security Studies office in Addis Ababa.