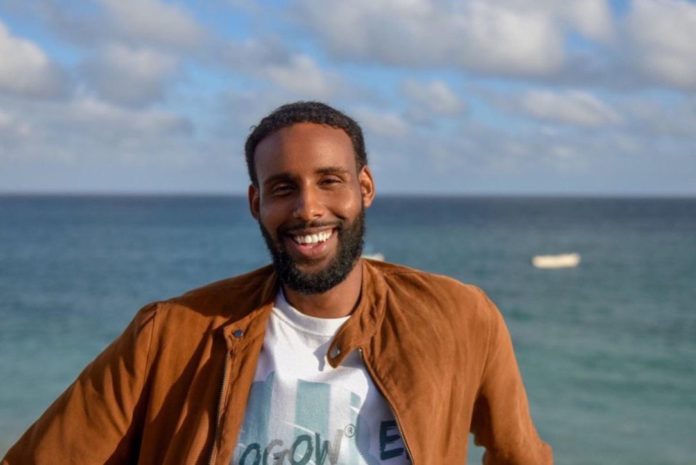 EDMONTON—When Somali Edmontonian Khalid Hashi visited his sick grandmother in a hospital in Somalia in 2017, he was very frustrated at the lack of record-keeping or exchange of information between doctors.

“My mother was calling me, asking me, ‘What’s going on with grandma’ … I was in the hospital for eight days and I couldn’t give her an answer,” he recalled.

“There were doctors who were switching shifts often, but there was no method of recording what the previous doctor had done.”

To help families and friends of future patients in hospitals in Somalia, Hashi created OGOW (that’s the word for “know” in Somali), an electronic medical records system in the Somali language, in June 2018.

On Monday, his project was one of five to win OpenIDEO’s — an innovation platform based in San Francisco — global challenge influencing caregivers. The challenge received hundreds of ideas from 128 countries. The group shortlisted 32 ideas in April and selected the Top 5 on Monday to receive $10,000 in funding to support their innovations.

Although Hashi’s project originally started as a medical records program for hospitals, the funding from OpenIDEO is specifically to help tackle immunization challenges.

“We are evolving our solution to refine it, to tackle a specific challenge,” he said.

The funds will go to creating an app that will provide resources in Somali and English, such as immunization timelines and education on the benefits of vaccines, to caregivers and practitioners.

Although Hashi has no background in medicine or IT — he works for Habitat for Humanity — he decided to take on the responsibility of helping hospitals in Somalia and reached out to friends who were doctors and developers. With their help, and raising money from the community as well as investing his own, he created the software in June 2018.

He said after his experience trying to get information on the health of his only surviving grandparent, he felt compelled to do something.

“I knew that, yes, this is my grandmother today, but it could be many other people are dealing with the same thing,” he said.

His electronic medical records system is now used by two hospitals in Somalia, while nine hospitals are on a waiting list. Hashi said he made sure to create the program in Somali because he found language to be a barrier.

“We noticed that although the doctors could speak in English, the staff weren’t able to, so we wanted to make sure that it was designed for the Somali user,” he said.

Hashi’s innovation could not have come at a better time, since the country was already trying to improve in the field. Somalia held its first technology and innovation summit in the capital Mogadishu in October and Hashi was invited to speak at the conference about his program.

He continues to fundraise to improve the program and to help provide it to more areas in the country. Hashi said he keeps getting messages from hospitals across Somalia reaching out for his program.

“I don’t know what I got myself into, because it’s really bigger than myself at this point,” he said.