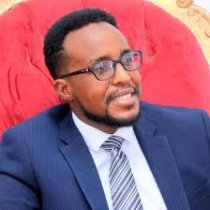 Somaliland government has disclosed the allegations that the chair of youth wing of Wadani opposition party who is under police captivity is about to face in the first place.

Mr. Mohamed Sadiq Dhame is facing the allegations that he deliberately defamed the Head of State in a statement that he posted on his facebook account on the 30th of April, 2019.

Mr. Dhame depicted the incumbent Somaliland president as a dictator that knows only how to incite civil wars and divide the community into tribal alliances.

The Office of Somaliland Attorney General accuses Mr. Dhame of instigating violence among Somaliland community which is aimed at undermining national security of the state.

Mr. Dhame has deliberately urged the populace to revolt against the government in order to instigate unrest in the country.

He also encouraged the public to take arms and topple the current administration headed by President Bihi.

The AG has appealed to the court to fix a date for the criminal to appear before the court in order his case to be heard by the jury.

Mr. Mohamed Sadiq Dhame is among youngsters in Somaliland who are being brainwashed by Wadani political party and is using him and others as vehicle to destroy the nation rather than being part of reconstructing the tiny state in the Horn of Africa which is underprivileged.

He is said to be 31 years old. The AG has said that Mr. Dhame has violated terms in the constitution in Somaliland.