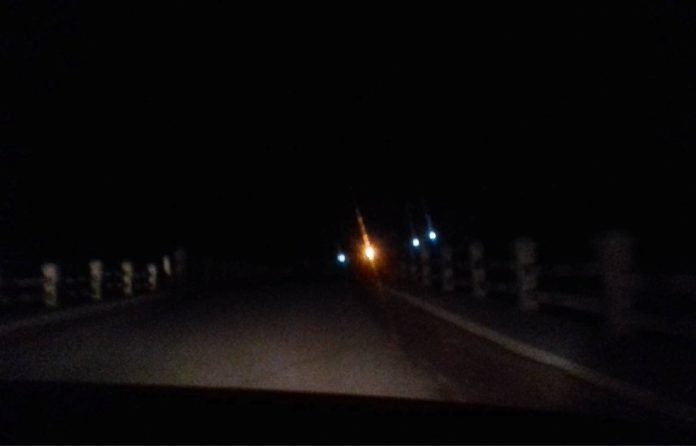 Residents of Hargeisa have expressed their displeasures with the government and local government’s authorities for failing to lit up the two main bridges in the city which are engulfed in darkness after sunset.

This is the case of the two main bridges in Hargeisa which are convenient in the day and almost close immediately the following sundown, limiting their utility to trail users.

The two main bridges in Hargeisa have been without any form of lighting for a very long time and pedestrians using them are fearful of the darkness thus being dependant on the lights from vehicles.

This has prompted “Geeska Afrika” a Somali language newspaper to gauge public opinion on the issue by showing residents of Hargeisa pictures of the two bridges during the night time without any lights, the current state of uncertainty of the capitals two bridges has left many wandering.

At first, we asked Mr. Abdiaziz Elmi on his opinion regarding the matter in which he said, “It’s so sad to see the two main bridges in the capital city have no lighting of any form whatsoever and the blame lies with those responsible for installing lighting as an effective way to enable safe night use along the two bridges. The current government shares the blame for turning a blind eye to the pressing issue

Another resident, Boqol Dhaan Hassan Elmi on his part blamed both the public and government authorities and further added that most of the capital city is in the dark though I believe that the two main bridges that serve the capital city can be easy, the Hargeisa city council has failed in executing its tasks in urban design, beautification, and security of the city. On the other hand, the electricity firms share partly share the blame for failing to lit up the bridges because they generate revenue by providing power to the city by charging fivefold the normal charge which proves they lack any sense of corporate responsibility. Apart from the two mentioned, the people and businesses located near the bridges share some obligation. Finally, it is a lot easier to lighten the two main bridges but the will to do so seems to be lacking! ”

Mr. Abdishakur Ahmed Raage said, “Bridges must be illuminated as in the same way as normal roads and as the same with well-lit streets in commercial and residential areas. National security, urban beauty, and social wellbeing thus why lighting the bridges is important, the government is responsible for overall security, and lighting gives users a sense of security while passing through at night. Again the bridges are located near vital government facilities and commercial premises, that why we should put in mind in the first place.”

Bridge lighting that is well placed, properly installed and frequently maintained can improve visibility, increase overall access and convenience and give users a sense of security while passing through at night.

Ms. Ayan Mustafa Ismail added that “I am saddened that the capital city of Hargeisa does not have any illuminations and this is due to incompetence on the part of the local government and government authorities and what hurts more to see the dire state of our two bridges.”

Lastly, Mr. Abdiaziz Hassan Mohamed (cabdicasiis Lafta-Gareen) had this to say, “The two main bridges interconnect the city of Hargeisa be it financial or security and their history show do cities successfully build upon their heritage and make a lasting impact on how they’re perceived? Therefore, the Hargeisa city council bears the blame shame of not lighting the two bridges the reason being it’s their responsibility?