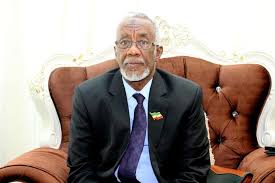 Somaliland Minister of foreign affairs and international cooperation Hon Yassin Haji Mahmoud Hir “Faratoon” has said that he hopes Puntland authorities will follow suit by releasing members of Somaliland Armed forces currently held there, while addressing the issue of the recent decision by the government to release prisoners of war from Puntland.

Hon Yassin Haji Mahmoud Hir “Faratoon, Minister of foreign affairs and international cooperation speaking to “Geeska Afrika” Somali language newspaper answering our question regarding why Puntland has not released members of Somaliland Armed forces currently held there said, “The President of the Republic of Somaliland H.E. President Muse Bihi Abdi took the unusual step and as a goodwill gesture to unconditionally release prisoners of war from Puntland, a move which was welcomed by both the United Nations and the international community. I am confident 100% and hope that Puntland authorities will follow suit and release members of Somaliland Armed forces currently held in Puntland.

On the other hand, the foreign affairs minister while addressing the issues pertaining to the current impasse between the three political organizations and the international community said, “The international community and especially our international partners who provide us with support in holding the elections would like to see the upcoming elections are held as per scheduled. Kulmiye and Ucid have made clear that they are ready for an election but Wadani seems not to be ready and we are still waiting for an answer from them.