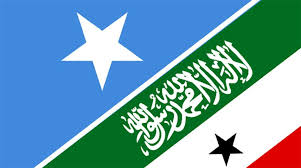 There are five nation-states within the Somali nation, and their dream to reform a ‘Great Somalia’, under one flag, government and institution has deceased and will not be revived again.

In 1960, two Somali nation-states gained independence from British and Italian colonisation, they united under one government to form Great Somalia. It was a reactionary and emotional unification that lacked any concrete basis of justice and diplomacy. There were not any legalisations that equalized the distribution of opportunities and resources to the different former states. All the important government positions were taken up by the former Italian protectorate side of Somalia, including the President, Prime Minister, Cabinet ministers, Commanders of the Armed forces and general Senior Managers etc. The public sector, including education and healthcare resources, were channelled to the southern part of Somalia, former Italian protectorate, leaving the other regions of Somalia severely, especially Somaliland, former British protectorate, with a distinct lack of opportunity and welfare as a result of this unfair distribution.

This injustice over decades, that engulfed Somaliland into poverty, unemployment, lack of respect and sheer discrimination, caused a liberation front to form known as the Somaliland National Movement, SNM, in 1981.

As result of the formation of SNM, Somalia, who had all the resources, who had one of the strongest, sophisticated and well-equipped army forces in the continent, started to murder many citizens of the northern region of Somalia. Immoral actions such as killing innocent families in the middle of the night, targeting educated citizens, including doctors, imams, business owners, students and teachers –  all ordered as a method of destabilising the future of Somaliland nationals.

The Southern Somali government, under the leadership of the cruel late dictator, Siad Barre, ordered his military officers to cultivate his Somali nationals into the region of Somaliland to ethnically cleanse the area, in order to form communities that would be loyal and subject to their rule. The Somaliland people opposed this plot of hostile takeover, and defended themselves, people and their dignity.

Siad Barre and the Somali southern national’s then declared war with Somaliland and with his entire force and army, reigned war on Somaliland for 9 years between 1982 to 1991, causing deaths totalling up to 150, 000 Somaliland nationals with 100, 000’s more injured and wounded for life.

After a devastating war, the Somaliland people and tribes came together after they defeated the army forces of Siad Barre. All the representatives from the different regions, set apart any differences initiated by the Siad Barre rule, and met in Burao on May 18th1991 and unified their country to form Somaliland. With the idea that Somaliland would be a completely separate state from Somalia, with their own government, constitution, flag, nationality and identity.

Today, Somaliland is a separate government, and has successfully rebuilt their country from the grass roots to a successfully self-sustaining country. Somaliland is an example to the rest of the continent of successful democracy, well run institutions and above all, peace throughout the region.  Somaliland has natural designated borders originating from the colonial period. Somaliland is a sovereign state with all the requirements of a successful government, whilst the former Italian protectorate, Somalia, is struggling to form any stabilisation whatsoever in their country, subdivided by warlords and terrorism. Somalia is not focussing on their own problems and wishes to tear down the success of their neighbours, Somaliland.

Somaliland has been working towards gaining independence which will be recognised by the UN and other international communities by showing evidence of their success over the past 28 years. Somalia has claimed and manipulated to the rest of the world by stating that Somaliland success has been part of Somalia somehow, and this is absolutely not the case whatsoever. Instead of allowing Somaliland to continue to thrive, they are trying to block and cut any communication and trade links from the world to the region of Somaliland.

Their aim and sole purpose are to manipulate the rest of the world by falsely representing the Somaliland government in world matters and trying to economically paralyse Somaliland. A recent example of this includes Somalia trying to stop the export of Somaliland livestock to Saudi Arabia as part of the Hajj Islamic ritual. This is an outrage and an act of cowardice and jealousy. The current so-called government of Somalia knows deep down that Somaliland will never succumb to the rule of Somalia again, and the idea of unification of a Great Somalia could never happen. As a result of this realisation, they are trying to destabilise the growth of Somaliland by any means possible.

Somalia must be aware that the Somaliland army is well established and well-equipped to defend themselves and the border of Somaliland against any imminent attack from Somalia.

We, as Somalilanders, appeal to the United Nations representatives, the African Union, Islamic league, Arabic league and the Western World to not sit and watch these unlawful actions carried by Somalia. and respond suitably.

Somaliland will have zero tolerance with this unlawful threat to their country and borders and will respond with military action if the rest of the world does not enforce action on Somalia.

Finally, the Somaliland government and nationals must be prepared for the worst and be ready to defend their country and identity, to avoid another possible genocide that Somalia wishes to do out of their resentment and anger towards Somaliland.