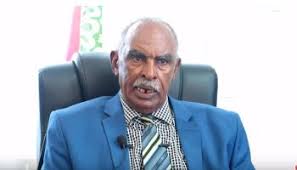 Somaliland minister responsible for Water Affairs has hired his son for Assistant Project Engineer in a project whereby Care Int’l is funding it.

The minister, Honorable Mohamed Muse Derie has been in the helm for barely a month after he was transferred from the information ministry.

His son, Derie Mohamed Muse was not among the permanent staffers at the ministry.

The cabinet minister, Mohamed Muse Derie, is the first minister under the leadership of President Bihi but there is a now allegation of nepotism hovering his stewardship at the ministry of water affairs.

The project is dubbed Water Infrastructure Development for Resilience in Somaliland program, WIDRP).

Agencies responsible to combat nepotism in Somaliland are called upon to investigate the minister for the accusations of appointing his son to a post at the ministry.

Practicing nepotism is widespread among government institutions in Somaliland as the country does not have arobust system of hiring government employees. 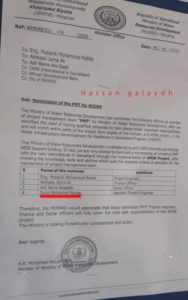