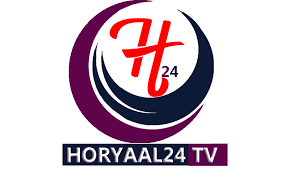 Somaliland government on Tuesday has suspended two Somali television channels which were operating in the country. The government and the two media houses have not so far issued statement over the closure.  There are reports indicating that the government is furious over programs aired from these two media houses. According to a circular issued from the information ministry  has confirmed that the government has suspended and revoked the operating licenses of Eryal and Horyaal television operations in Somaliland.

Security forces carrying the the official letters indicating the suspension have confiscated the television headquarters in Somaliland. The Security forces have informed staffers on duty to stop the operation and left from the the television offices in Hargeisa. The government is accusing the two media houses of meddling the internal affairs of Somlailand armed forces and that they are against the aspirations of Somlailand’s statehood. Bihi administration is alleged of gagging the free speech in Somaliland ever since he came to power. The arrest of journalist have increased whilst the shut down of media houses has become the only resort that the government uses as way to muzzle the freedom of expression. Foore newspaper was recently closed down by the government over accusations that it has defamed the Head of State.