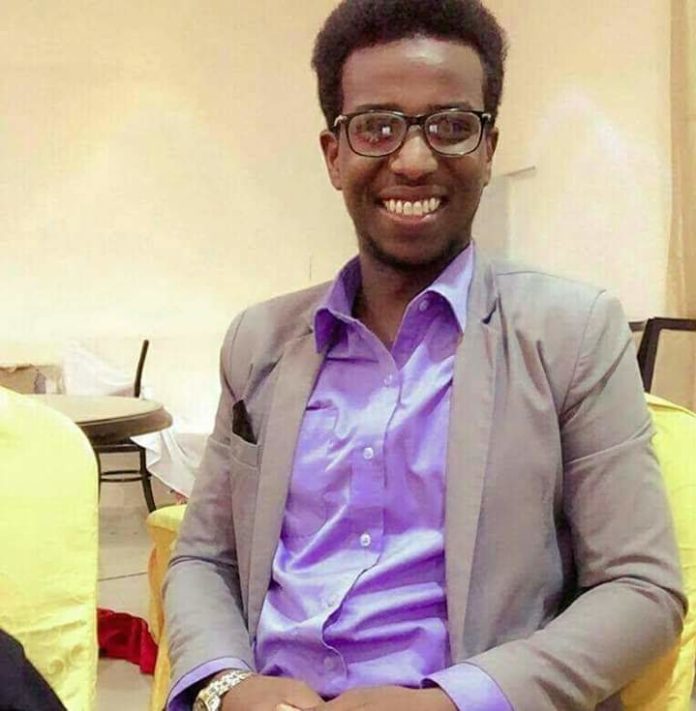 Somaliland is a self-declared country, not internationally recognized and very common with the conflict resolution, peacebuilding, state-building, peace and democracy. The ways which made possible to attain all these miracle victories were reconciliation, compromise and negotiation among the people leaded by the traditional elders. Most of the traditional elders have passed away but fortunately, the system of conflict resolutions and compromise they formulated is still functioning among the society. One of the most peace builders and lovers, late Hagi Abdikarim Abdi Warabe passed away 10th May in Hargeisa. May Allah rest him in peace. He was the father of peace. All his lifetime he struggled to eliminate hostility and animosity of the clans as well as worthless diversity to achieve a lasting, sustainable political settlement and find peaceful country with inclusive government to thrive the life of the people. Regrettably, all the effort they have paid by Late Hagi Warabe and his diligent followers is deteriorating day after day likewise it may cause to collapse for couple of reasons. Below are few points to mention:

Somaliland builds upon power-sharing of clans impliedly which have passed since the Borama Grand Conference where the Somaliland National Charter in 1993 was approved which framed the foundations of independent state and its article 10(3), 11(2) stipulates that the House of Elders and the House of Representatives will be elected along clan lines. Although some of the clans were not happy for the power-sharing, they admitted and compromised for the interest of Somaliland and the expectation that the justice will come one day. Surprisingly, the current President ceased that tiny hope and fueled the situation as long as he put all power and substantial positions into his sub-clan. The President, Chairman of Supreme Court, Commander of National Army, Fire-Brigade Commander, Minister of Finance, as well as other ministers and high-ranking government officials all from one sub-clan—President’s clan which damaged the balance of power and increased the mistrust, corruption, unaccountability, abuse of power and exclusiveness as well, to make the matter worse he superseded the political agreement reached by his predecessor President Siilaanyo and Khaatumo State.

Basically, to reinforce security, consolidate democracy, strengthen the governance and toughen the cooperation and unity of the people, there should be trust; justice and equality throughout the country. Contrary, the tension of the tribalism and discord are on their highest states which resulted to affect the army whereas some commanders seceded from the army. This is a serious threat to the co-existence of Somaliland. It is also displeased with the disinterested role played by the President.

The House of Elders have never been elected, the election of the House of Representatives postponed for the fifth time and they are still in the position for 14 years instead of 5 years and the local councils’ mandate expired even the extension done by the House of Elders. Nevertheless, Local Councils illegally are in power because of the will of the President. The former President Dahir Rayale who is the father of Somaliland democracy throughout his tenure made numerous concessions only to hold fair and free elections. Contrarily, President Bihi is escaping from elections. Elections have been postponed in to a number of times due to his rejection of the dissolution of National Electoral Committee and reasonable negotiations. He is behaving as a very rude opposition leader. According to his rude behavior it may cause the government to fall apart, and that could lead to anarchy and chaos.

Similar to the politicians fled for political reasons from Hargeisa to Mogadishu, recently the young educated generation fled the country for couple of reasons; unemployment, arbitrary arrest and the hopelessness of Bihi’ administration.

The arbitrary arrest and illegal detention is normalized by government as long as they are hunting to everyone who criticizes their actions or having different idea from theirs. For instance, Mohamed Sidiq Dhame, the youth wing chairman of Wadani opposition Party was arrested because only he criticized the state of Emergency imposed by the President on the districts of Sanaag region. Also Mohamed Ahmed Dhakool, a member of parliament was arrested because of his denial of the celebration of 18th May and he expressed his opinion as different from the President and the people but he didn’t infringe any existing law. The court rejected to legalize his illegal arrest and the parliament of Somaliland refused to remove his immunity. Mohamed Ahmed Dhakool has an immunity granted by the constitution of Somaliland. Badly, the government didn’t respect the law instead infringed the law. He is still in the jail even with his immunity, so what refused to arrest or impeach President Muse same as to Dhakool? It was to follow the procedure to detain an MP, but the executive has violated the constitution and an MP with his immunity is behind bars.

The economy of the Somaliland depends on livestock export and it was banned by Saudi Arabia except for short period of time like Hajj time (Pilgrimage) with a number of restrictions and descriptions. Although Somaliland supported the Saudi-led bloc during the gulf-crises which didn’t change the situation. Meanwhile, government didn’t search any other alternative market to sell this livestock to promote the economy and the revenue of the country. Moreover, the revenue relies on Berbera Port which is located a strategic area of Red Sea. The port has the capacity and strategy to serve the whole region. Nonetheless, narrow-minded politicians impaired and has been transferred to DP World under a concealed deal signed by Siilaanyo with the UAE Officials in exchange of $422 Million investment and 30 years agreement. The whole country went into state of shock and economy crises and the legitimacy of the deal is unclear.

Always the currency of dollar is high as well as the price of food. Unfortunately, when the dollar depreciated the food price remains high because of the absence of the role of the government and central bank.

Small businesses always pay the taxes and other necessary tariffs imposed by the government to handle the daily work and develop the country. Ridiculously, the government has failed to take the taxes from general trades and a number of times ministries and government officials have expressed this shameful failure. Simply, it is a place where poor pays the money to build the road used by the cars of the rich and to keep the security of the property of the wealthy person as well as more others. All in all it is a kind of parasite or economy prostitution.

One of the most important job of the president is to lead the people both mentally and morally as he is the head of the state and he promised during his campaign days countless promises. Sadly, he has not the vision and intelligent to lead the people and for the sake of that he put all his failures on Mohamed Abdullah Farmajo, President of Somalia, which has no capability and power to control whole Mogadishu city. All the speeches he has presented to Farmajo was the slogan and the essence of his words, while his counterpart constantly ignores to reply and that seems either tolerant or disregard.

To lead and improve a people, there should be a vision and hope but according to the new mentally of the President to lead a people there should a fear, Farmajophobia and useless mechanisms to mislead the people in order to run away from the responsibility and accountability and failures of his administration.

The Somalilanders are tired of that worthless criticism. Definitely, they exchange messages through social media the president not to complement his speech or criticize the President of the neighboring country of Somalia. It doesn’t seem that it will end soon. Simply he is a President working in contradiction of his people, doing all the actions they hate and insisting his own actions whether wrong or right. It is an old-version politics which would cause hatred and division of the people. That is what the intellectuals obviously believed when they analyzed this issue.

In precisely, they are mafia deeply connected to the president abusing the power and embezzling national funds through nepotism.

This group officially has appeared during the political conflict between Siilaanyo and Bihi in 2014 although they were not active as they are today. Generally, they are a network of businessmen and youths whose their main interest is to loot the national resources and to use the power of the President in a wrongful manner. They have hidden agendas which is difficult to understand similar to hidden channels to achieve the target. Consequently, they extraordinarily do whatever comes to their mind whether legal or illegal only to confirm their untouchable interests.

The most horrible thing is that the President is not giving any attention to this terrible clique and probably he works on their suggestions and consultations.

Though his manifesto was not enough to develop and tackle the problems, furthermore he didn’t appoint the competent cabinet to accomplish the promises and subsequently he got rid of Mohamed Baashe Haji Hassan and Prof Ahmed Ismail Samatar whom he invited to write the party manifesto, to make the matter worse Jama Shabel, Chairman of Central Committee, Ex-Minister Abdillahi Geeljire, member of the Central Committee and Prof. Abdi Ali, member of the Central Committee were sacked from the party illegally by the order of President Bihi and the desire of Heego.

The President has promised the supremacy of law which means all the people are equal before the law. Also they are equal to each and every chance but it didn’t come true and still the bad practices of nepotism and tribalism is working. Insiders told me that there are secret persons whose job is to give the vacancy positions and projects available to individuals aligned with the president typically Heego or the immediate family of the President.

These overhead points have revealed the desperate actions of corruption, nepotism and bad leadership which handicapped the governance system. Somaliland which seems on the border to authoritarian states needs to look inward so as to rescue and in my opinion of view it is important to do these general steps immediately.

The government should respect the rights and freedoms of the people in general and the freedom of expression in particular which enshrined by the article 35 of the constitution and should be freed illegally detained people.

In order the country away from further disintegration and political instability, the government should be based on the reality on the ground and give priority to power-sharing, justice and equality for all.

To improve the democracy, free and fair elections should be held as soon as possible to elect new local councilors and parliamentarians to ensure the principle of check and balance.

The pressure of tribalism, nepotism, corruption, shadow project-oriented institutions and the further fragmentation of the society will continue unless to eradicate Heego from the stage.

Finally, the accuracy depends on the supremacy of law.

About the Author: Jibril Jirde is a human rights activist based in Turkey. He can be reached at