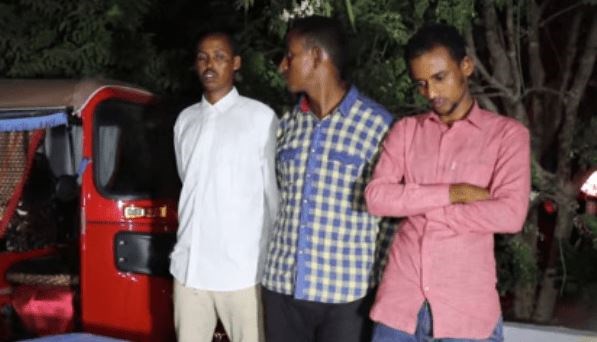 Mohamed Abdullahi Tulah, deputy mayor for security in the Benadir region told journalists in Mogadishu that three al-Shabab militants were apprehended Sunday in an offensive conducted by Somali national forces in Wadajir district in Somalia’s capital.

“Our forces nabbed three al-Shabab extremists as they were trying to assassinate female member of electoral delegation committee,” Tulah said.

He noted that they will intensify their operations against the extremists. The militants paraded by the government pleaded guilty and asked the people to forgive them.

On Thursday evening, the al-Qaida linked group al-Shabab launched an attack on Makka Al-Mukarama hotel in the capital, killing at least 36 people and injuring more than 60 others.