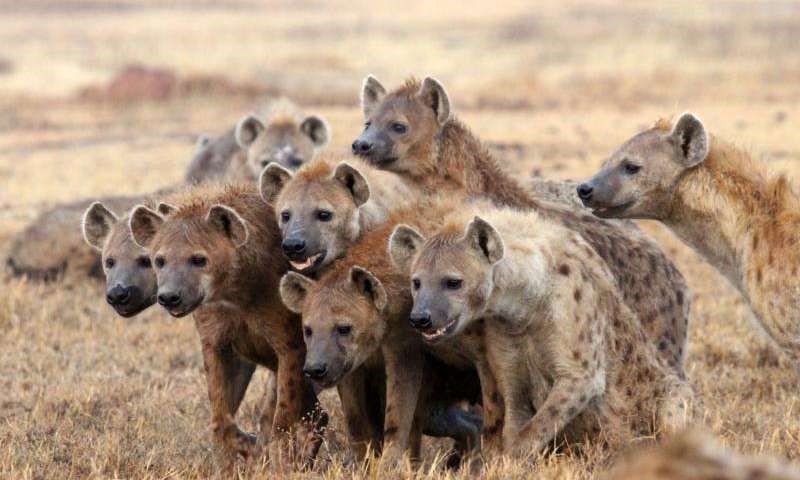 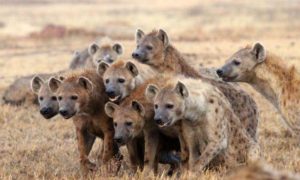 Let me be blunt about this first:  The new regional president, Mustafe M Omar, was appointed in not too dissimilar fashion to his predecessors and only time will tell whether his tenure will also be accentuated by parochialism and subservience to ruling dominant group.  I accept that it couldn’t have been any other way and anyone trying to hold that against the new president is severely misguided because blame should be sought elsewhere – starting with deep self-reflection.  In the meantime, we welcome the new president’s imposition to the extent that we welcomed the former president’s deposition; by means of force and by way of direct rule as is befitting to any colonised peoples.  I make these points not as afterthoughts or simple exercise of qualifying ensuing statements, but in order to reorient our focus towards the big picture as to escape events that may be clouding our judgement.

I, for one, am grateful for the valuable insights we’ve garnered from the ease with which the constitution was contravened to mobilise the Ethiopian National Defence Force (EDNF) and the heightened operational alertness reserved only, it seems, for Somali political affairs as inferenced by the military holding station for months amid ongoing deadly clashes and ethnic cleansing.  Therefore in the spirit of hoping for the best and preparing for the worst, we have to engage our critical faculties to examine the overarching strategic directives implied by this intervention, if any, both within and without Ethiopia.  Since we cannot exhaustively consider all aspects of decade-long silent socio-economic engineering, which also indirectly heralded current political transformation, I’ll highlight one central feature for detailed examination limited to few easily demonstrable examples sufficing us to draw the necessary conclusions.

For those who haven’t realised yet, a central clog in the machinery most efficiently marginalising Somalis is the systematic thread running through sequencing institutional choices and multilateral policies, each producing stronger feedback mechanisms reinforcing preceding decision making scenarios with multiple causational relationship loops.  Thus when United Nations, DfID, USAID and the likes become more vested in the political project of Ethiopia, they routinely become part and parcel of state tools made available at the disposal of Ethiopian People’s Revolutionary Defence Force (EPRDF) which in turn has a knock-on effects on many other programmes further facilitating exploitation by repressive authorities.  In other words, aid and development sectors are not only highly political, it’s so effectively by design and with the full consent of Ethiopia’s international partners who guarantee the inherent structural biases.

For avoidance of doubt, ‘highly political’ and ‘by design’ is not just referring to institutions like the United Nations Industrial Development Organization (UNIDO) whose crass political agenda was too obviously exposed by its participation in rubberstamping resource mobilisation of nearly $1billion for 4 integrated agro-industrial parks (IAIP) in 4 different locations, which somehow “coincidentally” correspond to the exact same 4 constituents of EPRDF parties; namely Amhara, Tigray, Oromia and SNNP.  Instead, we should focus on sophisticated actors, such as the World Bank, responsible for deep-seated subtle magnifiers of marginalisation with multiple economic dimensions.  consider this; World Bank increased its commitment funding by $977million within a month of Abiy Ahmed becoming PM, which in comparison was more than its commitment funding for the whole of 2017 ($953million).  Total World Bank commitments for 2018, including the additional $1billion budget help announced only few days ago, so far stands at a staggering $4.2billion – that is the highest ever single year funding commitment in the bank’s history for Ethiopia.

These figures may appear neutral or even positive, that is, until you analyse the locations and types of projects supported.  World Bank programme funding in Ethiopia was $14.2billion since 2008 and involved 648 project locations, out of which only 7 (or just 1%) were located in the Somali region.  So there’re two insidious consequences here; first one is the direct cost associated with missing out on projects that were badly needed by local Somali communities and; second, indirect impact which arguably had a far bigger ramifications.  As the former impact is straightforward, let’s limit ourselves to examples highlighting the latter in order to fully appreciate the magnitude and sheer brutality of the forces responsible for conspiring circumstances Somalis are grappling with.

One of the main indirect negative consequence of World Bank funding is that it intentionally creates clusters of projects which disproportionally favour certain regions over others, for political reasons.  So as chosen areas get more road networks, better electricity and other logistics-critical infrastructure, these locations subsequently become more attractive for investments at the expense of peripheral regions.

Above graph is based on data from Ethiopian Investment Commission (EIC) which catalogues all Foreign Direct Investment (FDI) made in the country. There were 5,239 FDI projects since January 2000, of which 4,278 (about 82%) were in Addis Ababa and Oromia, plus additional share from unspecified multi region FDI, whereas only 26 (or just 0.5%) were made in the Somali region.  More damningly, half of the projects were investments from the Somali diaspora, 14 out of 26 went to implementation stage and only 6 are operational.

Of course this impact is not limited to foreign investments as it’s been manifesting most obviously through the domestic 157,767 active small-to-medium enterprises (SMEs) according to 2017 figures.  We gauge that 31.1% of SMEs (49,373) are based in Oromia; 25.1% of SMEs (39,600) in Tigray; 24.5% (38,692) in Amhara; but a meagre 0.2% (380) of SMEs are based in the Somali region as depicted in below graph.  Considering that Somalis are said to number roughly the same as the Tigray in population terms (~6%), it’s an absolute scandalous situation to realise that Tigray region has 10421% more SMEs operating relative to the Somali region.

The picture of systematic marginalisation isn’t entirely complete until you take business lending figures from the Central Bank of Ethiopia published in 2017, where a breakdown of credit amounts granted (in millions Birr) by region is available.  I have adapted this date in the below chart to again indicate relative proportionality between the regions expressed in percentages.  Here’s where the Amhara region enjoys the biggest advantage (38.9% of total credit corresponding to more than 2.75billion Birr) and yet again where Somali region is amongst the worst off (1.6% share in credit amounts).

All of these examples represent just the tip of a massive iceberg hidden underneath surface.  It only takes a little scratching to unearth many more examples, because this silent socio-economic engineering stretches to all levels and layers of governance strata including education, technology and politics.  It’s a total warfare being waged against any chances of future prosperity for the Somali population, which has been explicitly and implicitly endorsed by various international partners and associated agencies with the aim of artificially holding Ethiopia together.  That’s why, even though Somalis have disproportionally suffered and bled fighting for their rights, made all the more visible in below conflict fatalities chart, they’re entirely ignored by the international community and global diplomatic circles.

Somalis are in an irreconcilable zero sum game situation where, on one hand, Ethiopian Constitution (Article 40(3) & Article 89(5)) grants exclusive ownership of all natural resources to the state of Ethiopia, and the Petroleum Proclamation (295/1986) grants the Minister of Mines & Energy all rights to regulate, issue licenses and manage oil and gas contracts in Ethiopia.  Which is why Ethiopia has been auctioning exploration licenses and signing production sharing agreements (PSA) without the knowledge or consent of Somalis.  Needless to state that signing bonus did NOT go to Somalis; royalties on gross production will NOT go to Somalis; sales tax, income tax on profit or corporation tax will also NOT go to Somalis.  The 5% that was recently floated by the Ethiopian prime minister was entirely in accurate and intentionally misleading.  The oil and gas company gets priority recuperate production cost as part of contractually stipulated cost recovery agreement.  This means the company first deducts capital expenditure in acquisitions of machinery, plants, buildings, etc.; then deducts intangible exploration costs; then deducts interest payments on loans; then deducts administrative expenses and other technical fees as operations expenditures.  And finally whatever remains of the “profit oil” is shred between the company and the Ethiopian government in predetermined ration of roughly 70%-30%.  Therefore, 5% is not a share of gross production or even net profits, it’s 5% of government’s share of profit oil which in total production value terms is less than 1.5%!

Somalis, on the other hand, know that all natural resources in their region belongs to them and will never accept any ownership of their blood, sweat and sacrifice deposited on these soils throughout the ages to be claimed by anyone other than rightful heirs of those forefathers who gave their precious lives for the cause.  This simple fact precludes any possibilities for Somalis to ever coexist with(in) existentially malign forces hell-bent on pursuing Abyssinian equivalent of lebensraum at the expense of Somali race.  Change can only happen when Somalis are no longer perennial victims of doomed Ethiopian project and current sorry condition alone should be enough for any sincere Somali political leader to embark on making complete secession his primary mission.  Something has to give.

Finally, I’ve never met or spoke with Mustafa directly, although we did communicate in the past via email and on social media.  I was impressed by his intelligence, confidence and integrity, and he didn’t seem to me a man that would compromise his principle, let alone betray the Somali cause.  His rhetoric has been very positive so far, but with 1001 pressing issues to attend to, the new president must prioritise presenting a roadmap on how his programmes will unambiguously fulfil people’s desires to chart their own independent path.  If this was an open letter, I’d have advised the president to immediately exact justice as leniency towards murderous criminals in the Liyu Police is akin to vindicating societal moral bankruptcy initiated by the former president.  I’d have also implored the president to understand that, although his reconciliatory demeanour to deescalate the “intercommunal” violence is commendable, he must strike a more condemnatory tone as well given his position as Somali leader.  And I’d have reminded him that reverting to previous flag and official state name would only be meaningful if it’s accompanied by firm reassertion of original Somali territorial boundaries.  To conclude, I’d say be wary of the laughing hyenas!