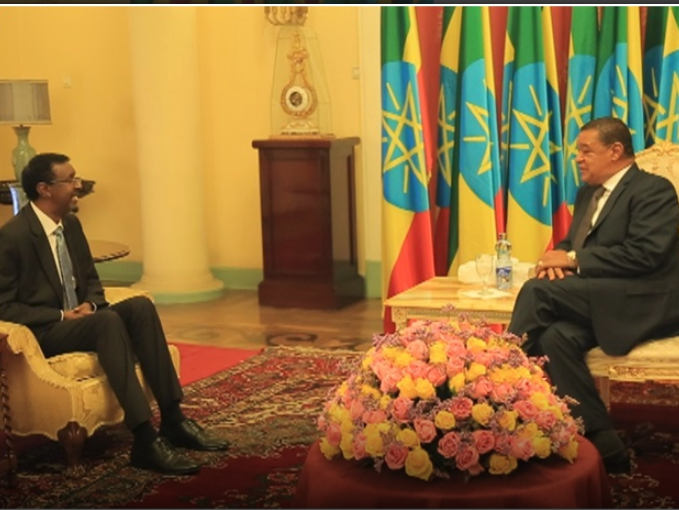 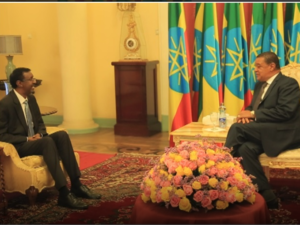 After the meeting, the ambassador said Ethiopia and Somalia have enjoyed cordial relations in political, economic and other common bilateral and regional spheres.

He said “I have discussed with the president about the achievements we have made both in Ethiopia and Somalia.”

He expressed his gratitude to the government of Ethiopia for necessary support given during his tenure in the country.

On the occasion President Mulatu thanked the Ambassador for the efforts he exerted at strengthening the bilateral relations between the two countries during his two year tenure, said IGAD Affairs Director at the Ministry of Foreign Affairs Ambassador Mohamed Dirir.

He said “what attachés Somalia with Ethiopia is not only the neighborhood, but also the culture, social values and of course shared people. This is very important as the bridge to connect the entire social values.”

Moreover he noted that Ethiopia has paid immense sacrifices in bring about peace and security in the Somalia.

The president emphasized that Ethiopia will continue its commitment to work closely with the government of Somalia in a bid to further enhance the ties in both bilateral and multilateral arena.