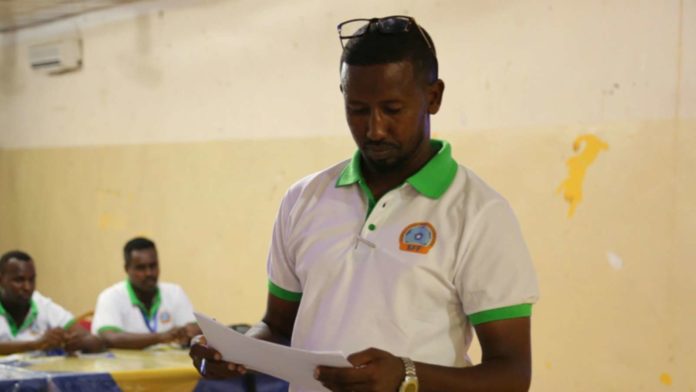 Former Somalia goalkeeper Abdiwali Olad Kanyare has been shot dead by unknown gunmen in a mosque located in Afgoye, near the nation’s capital Mogadishu.

The Somali Football Federation (SFF) confirmed the shooting which happened on Thursday evening and the death of Kanyare, who was also an administrator with a Caf B coaching license.

He was killed while observing Ramadan prayers and the gunmen fled immediately after the incident.

The 39-year-old enjoyed a fine playing career in his homeland and was a notable figure in the national team before his retirement in 2015.

His death was described as a sad event for Somali football with the SFF President, Abdiqani Said Arab, eulogizing him as an ambitious young coach.

“It is really very sad that we have missed a visionary young coach and instructor  a man who had a great ambition for his football career,” he said in a statement to the press

“On behalf of Somali Football Family, I send our heartfelt condolence to his family, relatives and friends in football. We will sadly be missing him.”

Kanyare was notable for facilitating training programmes for youngsters in the country after his playing career, and he recently trained over 50 young men including administrators, referees and coaches in Hirshabelle State, located in south-central Somalia.

He also served as the goalkeeper coach for the Somali National youth football squad.

“He was a well-prepared instructor who had an excellent teaching talent,” the SFF vice-president, Abdullahi Sheik Nor added.

“Our next mission was to conduct the same development courses in the Puntland State as soon as the Covid-19 lockdown ends, but I am so sorry that we have missed him.”

Just last month, Somalia lost one of its greatest footballers, Said Mohamed Duale, at the age of 73, after a long illness in Yemen.