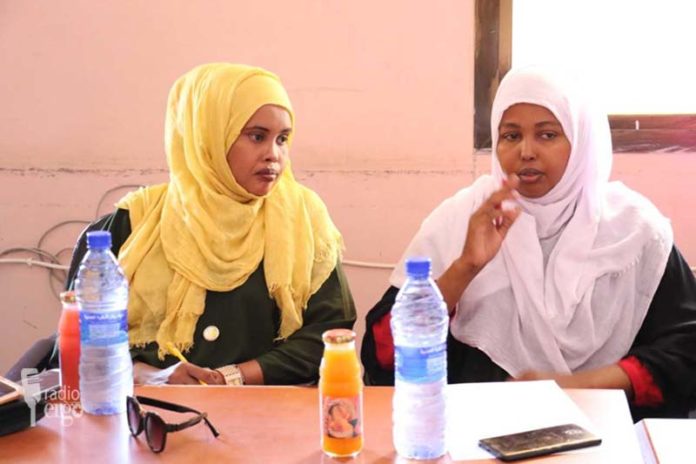 Somali female prosecutors and lawyers in Puntland have expressed concern over the handling of women reporting cases of rape and sexual violence at police stations across the state.

“Female victims and those coming forward to report cases of sexual and gender-based violence [SGBV] are being interviewed in offices full of men, making it impossible for the women to speak freely,” Sahro noted.

Sahro attributed the challenges to the lack of female police officers trained to handle SGBV cases in most police stations.

Female lawyer Fathi Hirsi Ali agrees that the way women are treated at police stations is a major reason for the failure to prosecute rape cases successfully in court. The details of cases are often not documented filly or correctly by the police, usually because the female complainant was unable to express herself freely.

Sometimes, a woman in court raises details that had not been recorded in a similar manner by the police, which can undermine the case.

“In 2017, I handled a rape case brought against five males. They were sentenced to death but after they appealed, contradictions in my case were exposed and the appeal court reduced the penalty to a 10-year jail term,” Fathi explained.

Faduma Ahmed Hassan, another prosecutor, said women often hide details of the case when reporting to the police out of shame. Faduma tries to ensure women share the full details in confidence so that she can make a case in court.

Offering women a safe space in which to tell their often harrowing stories have proven to be successful where this is possible, such as at Nugal regional court where there is a special desk for women’s cases. The number of women coming forward to report has increased since the section was opened.

“This has played a very important role when it comes to dealing with sexual and gender-based violence.  Every month we register an average of 10 cases including rape, attempted rape and domestic violence,” Sahro stated. “These are cases of women who would otherwise remain voiceless.”

Garowe police commissioner, Mohamed Muse Bille, told Radio Ergo that he recognized some of the challenges but insisted that female officers were involved in sensitive cases and interacted with the victims in depth to record a full file of information.

“Every time a person raises an allegation of rape, we assign the duty to an expert officer. Many of the victims with little awareness of how police cases work. We take them to a suitable place where the officer records the statement in the way that they make it,” he explained.