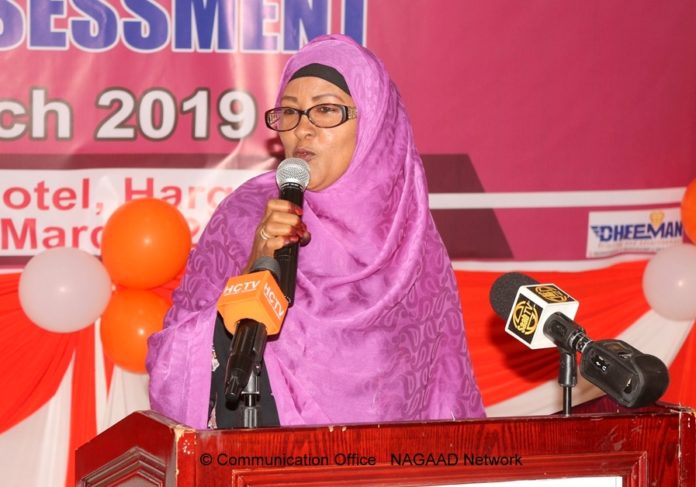 “Women must be able to participate equally in decision-making”

Hardly a day goes by without a rape case reported in Somaliland. In recent months, appalling incidents of violence against women and girls, from Las-Anod to Zaila, have sparked public outrage and demands to tackle these horrific abuses. In 2018, the Somaliland government reported a completely unacceptable 522 rape cases. Many more cases never get reported.

There is only one woman in Somaliland’s 164-member parliament, only 9 women out of 374 local council representatives and our country doesn’t have a single female judge. Women are twice as likely as men to be unemployed and actively looking for work, and twice as likely to have no formal education.

The report illuminates not just the depth of injustice women face in terms of widespread inequality, but also offers glimmers of hope. 91% of women and 81% of men agree that women’s participation in government structures like the national parliament is beneficial for society. A minimum women’s parliamentary quota must be legislated immediately.

The Somaliland government recognized the pervasiveness of discrimination and violence against women and girls when they developed the National Development Plan II. Gender equality was made a cross cutting theme, and included in every pillar of the plan. We must hold the government accountable to mobilize resources and deliver laws, policies and programs to address the depths of gender inequality in Somaliland.

To institutionalize a clearer focus, NAGAAD proposes a standalone goal to achieve gender equality, women’s rights and women’s empowerment in the National Development Plan II, and for upcoming plans. This goal must be grounded in human rights and tackle unequal power relations. The following three areas require priority action.

First and foremost, ending the national crisis of violence against women and girls.

Second, ensuring equal opportunities for women, matched with the resources to ensure these opportunities can be realized. Equal access to land and credit, natural resources, education, health services including sexual and reproductive health, decent work and equal pay must be addressed with renewed urgency. Policies, such as for child care and parental leave, are just as needed to address systemic barriers to women’s empowerment.

Finally, women’s voices must be heard. Women must be able to participate equally in decision-making in the household, private sector and government institutions. For democracy to be meaningful and inclusive, women’s voices and leadership must be amplified in all public and private spaces.