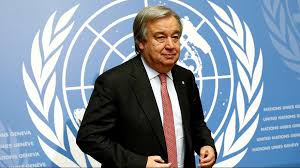 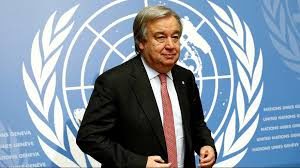 HARGEISA– The UN secretary general Mr.Antonio Gutteres forwarded a report about Somalia to the Security Council on 30th August 2019. However this report was different from the others because it touched on issues inside Somaliland and matters concerning Somalia and Somaliland.  The UN report highlights the happenings in Somalia from 25th April to 28th August 2018.

Speaking about the politics the UN Secretary General stated that little effort had been reached in ironing out differences between Somaliland and Somalia in restarting the stalled talks.

The UN boss said that Somalia and Somaliland do not see eye to eye in the following matters ….

The report further stated that the donor funds that Somalia receives from international community should be ascertained so that Somaliland can receive her fair share. The secretary general added that during Somalia government celebration of her national day on 1st July the president of Somalia Mr.Mohammed Abdillahi Farmajo announced  that  he is ready to kick start the Somaliland/Somalia talks.

The UN secretary General Mr. Antonio Gutteres report which was christened ‘support for the peace building and governance’ he stated in point number 11 that he fiasco in Sool region pitting the government of Somalia and Puntland militia. The UN chief said “The war between the military of both countries has caused loss of life displacement of 15,000 people from their homes.”  The Secretary General report further stated that the situation is dire and dangerous because both sides have militarized the area by bringing their armed forces close to each other. He added that Somaliland and Puntland leader are not helping the situation since they both exchange venomous propaganda through the media.

The report which the Horn Newspaper received stated anti Somaliland demonstrations were held in the disputed regions Sool and Sanaag.

Point number 18 of the report state that clan allegiances is still rife in Somalia and in particular Somaliland where 12 souls lost their lives in a clan war at El-Afwein town pitting the Sa’ad Yonis  of Habaryonis clan against Bi’ido of Habarje’elo clan. The clans war took place on 9th of May 2018. It went on to confirm that the president of Somaliland H.E Musa Bihi Abdi called on both sides to exercise restraint and iron out their differences on the negotiation table. The report did not state the victory reached by the Somailand government in quelling the El-Afwein fiasco.

UN secretary general report also revealed that organized assassinations have taken root in Sool region where it is suspected that Alshaabab has infiltrated.

“It looks as if Alshaabab has capitalized from the Tukaraq war between Somaliland and Puntland and it has started gaining in roads into the area.” The UN report confirmed.