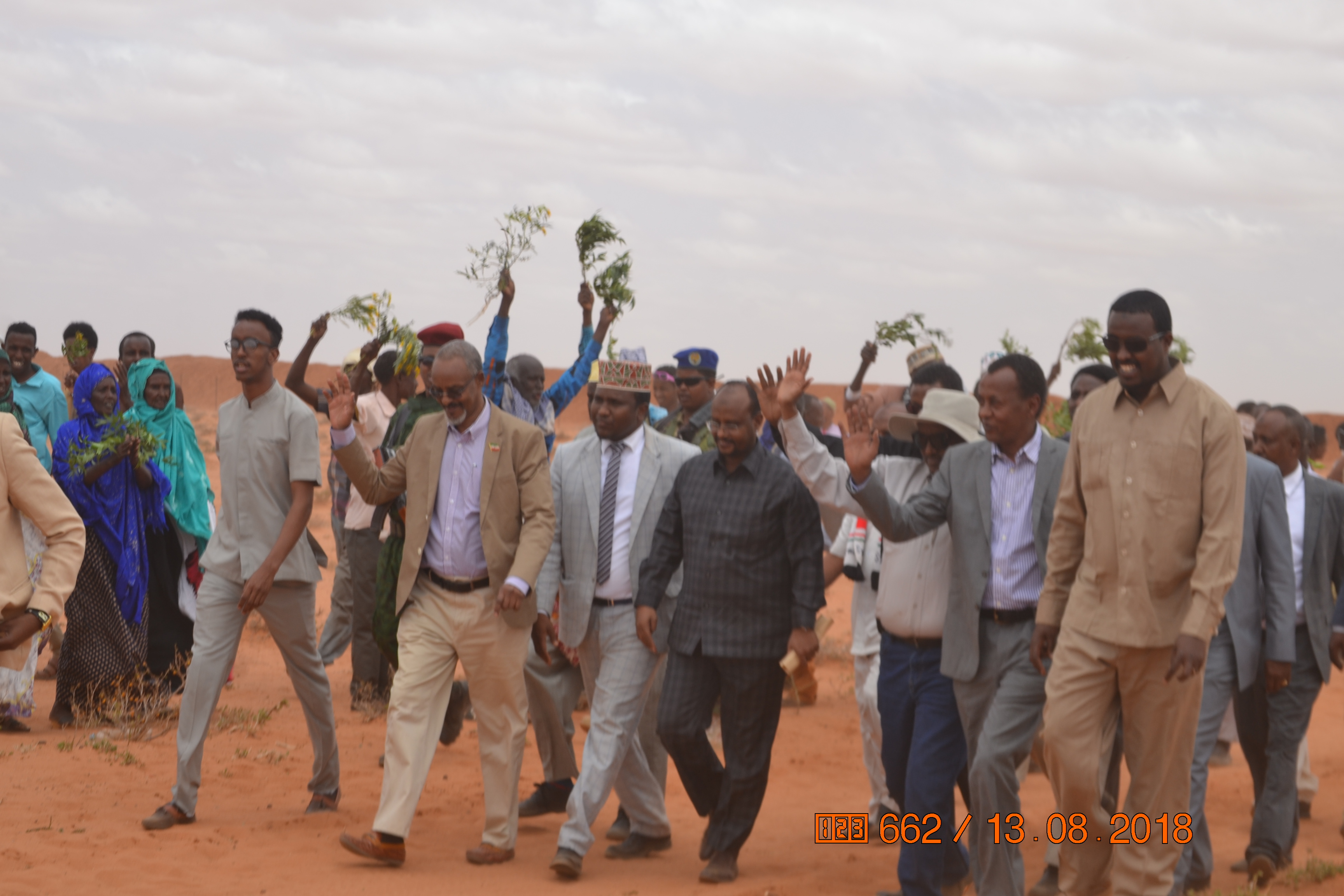 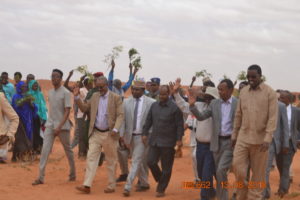 Xaaxi–The minister for agriculture has on Monday launched the cultivation of the first seed crops into 900 hectares of land allocated to plant different kinds of crops in Xaaxi district. The minister for agricultural development, Hon. Ahmed Mumin Seed led a high level delegation consisting of the minister for water resources, minister for health development, finance, information. deputy planning minister, and the deputy chairman of the ruling Kulmiye party accompanied the minister’s visit to Xaaxi which lies in Daad Madheedh province. More than dozen farm tractors have kicked off ploughing once ministers have sown the seeds. Agri minister, Hon. Ahmed Mumin Seed speaking the launching of the full scale farming initiative said that the mission behind this drive is to boost crop production and thus reach food self sufficiency.

The minister reiterated that this project which he spearheaded is part and parcel of campaign promises that the incumbent president made during the 2017 presidential election that if elected that he would lead the country to agricultural development. All officials who spoke at the launching ceremony have praised the efforts embarked by the minister and agriculture ministry staffers. Farming community in Xaaxi also welcomed the full scale farming initiative that has started in their district.