Somaliland’s Supreme and Constitutional Court on Wednesday upheld the results of the recently concluded parliamentary elections held on May 31st, 2021, which the opposition parties clinched majority seats of SL’s House of National Assembly. Chief Justice Honorable Adam Haji Ali of the Supreme Court presided over the session. Newly elected 82 members of Somaliland’s House of National Assembly were also in attendance together with opposition officials. Members of SL’s National Election Commission (NEC) have also attended the session where the Constitutional court approved the results. Yesterday the court formally dropped 21 cases submitted by parliamentary candidates who were defeated in the polls and submitted gripes over the preliminary results issued by NEC. The candidates have questioned over the credibility of the polls and said that they were  not satisfied with the results due to irregularities. The court having held a hearing session on the grievances voiced by the candidates has invalidated in a session held on 3rd of July which paved the way for today’s session in order to approve the results. The court said that the complaints lodged by the candidates were not based on the grounds of legality. The 82 members of the house of representative will be sworn in by the supreme court although a date has not been fixed. 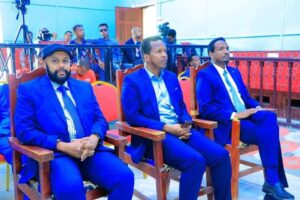 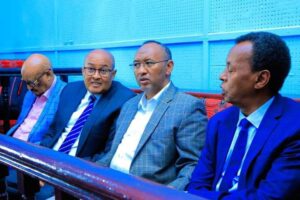 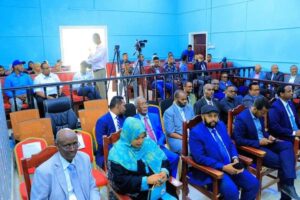 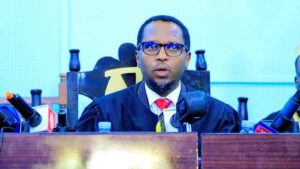