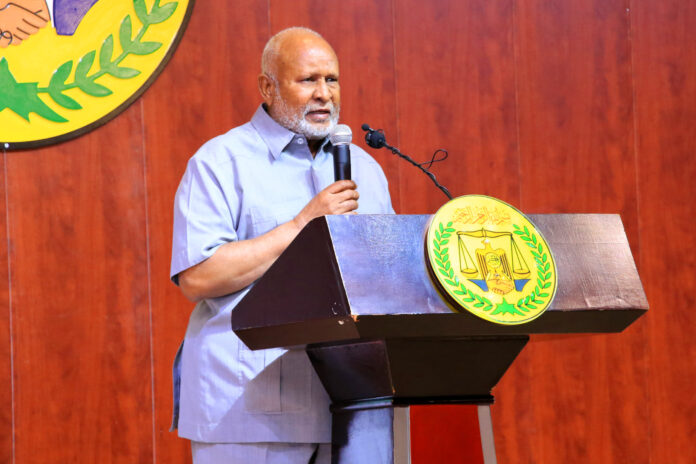 Sulieman clearly affirmed that SL will never ever reunite with Somalia.

He said: ” Let’s be two state neighbors. We are not your foes and not ready to put you in a harm’s way. But SL will never ever reunite with you. I said never. Let’s just be good neighbors and congratulate us for what we have achieved.”

He called on Mogadishu to treat Hargeisa as good neighbors.

He stated that the two countries should forgive each other for the past errors and start having superb diplomatic ties as two separate states.

The speaker of the upper house of parliament advised Somalilanders to keep loving and developing their nation as well as remaining united for the years to come.

SL celebrated its 61st anniversary of gaining its independence from the Great Britain in 1960.