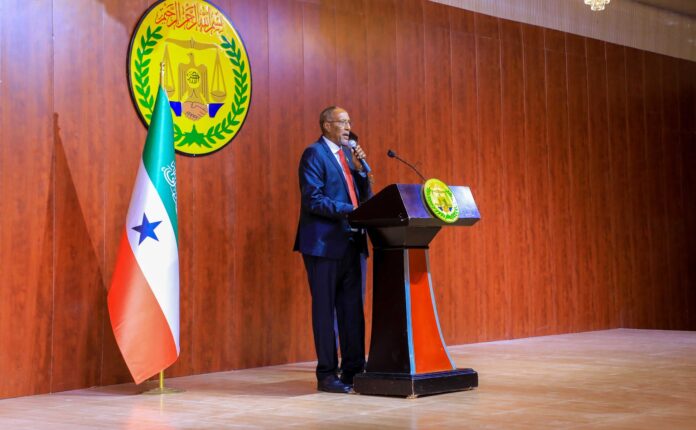 Somaliland’s President Musa Bihi Abdi has disclosed for the first time that over 60 million dollars which the World Bank donated to SL but later put on hold by Farmajo’s government in Mogadishu. President Bihi further said that Somalia has still the money & never returned to the World Bank. He reminded and at the same time advised the World Bank to hold Farmajo’s government responsible for the matter. Bihi said: ” Since Farmajo came to power, Somalia has put on hold 60 million dollars donation to SL by the World Bank. Somalia convinced the World that they will be delivered to us which we could not receive because it was channeled via Somalia and still that money never returned to the World Bank. In his address on the occasion of the 61st anniversary independence, SL Head of State has highlighted that SL will remain a stronger sovereign state in the region. He spoke of the historical differences between Somalia and Somaliland before and post the union between the two regions. Bihi further said that the failed union between Somalia & Somaliland in 1960 was an aborted attempt, explaining why the the French Speaking Somali territory of Djibouti did not join the union. He said that what has happened to Somaliland was a clear example to rest of Somali speaking territories.