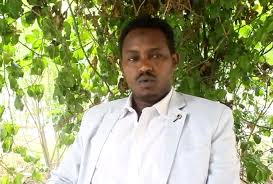 Security forces in Borama town of western Somaliland have taken into custody the regional chair of Wadani party. Mohamed Aden Sultan was arrested at his residence early hours of Thursday morning before dawn. The detention of the opposition leader was confirmed by Wadani officials including the chair of the youth wing, Mohamed Sidik Dhame. The official said that the police raided the house of Wadani official at Suhur time-the pre-dawn meal during the holy month of Ramadan. He alleged that children and family members were terrorized by the pre-dawn raid. Dhame has condemned with the strongest possible terms the detention of his colleague calling it an oppressed measure, and a violation of human rights and the constitution. Last week Mohamed Aden Sultan, the fierce critic of Somaliland government alleged that the government is planning to put him behind bars. However, he did not reveal the alleged motive why the government is seeking for arrest. The government of Somaliland and the regional authorities in Awdal have not commented on the detention of the official. Mohamed Sultan is among Wadani party officials that the government of Somaliland detained since coming to power in 2017. The secretary general, the party spokesman, the youth wing leader spent time in prison last year.