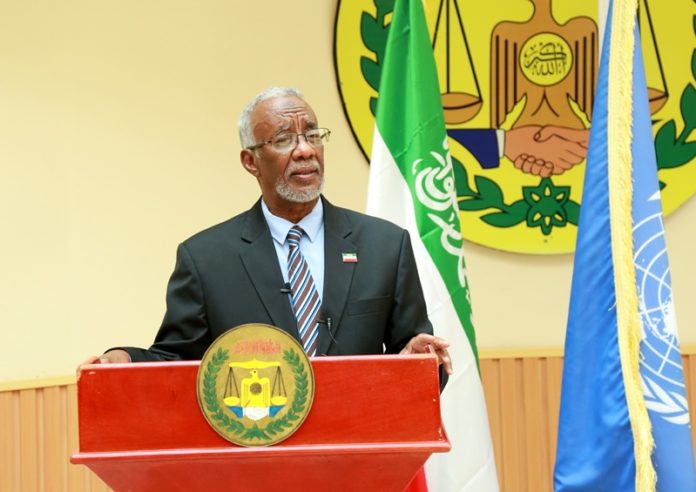 HARGEISA–Somaliland Government has expressed its gripe over the lack of just share pertaining to the humanitarian development that the office of United Nations to Somalia has allocated to Somaliland.

The government has stated that it has received a rationale aid for development in the areas of education, healthcare, employment creation, and other infrastructure development.

The President of Somaliland received in his office today UN Special Envoy to Somalia, James Swan and held discussions with him.

Swan has pledged UN’s commitment to continue engaging with Somaliland government and implementing a lot of UN projects to support Somaliland populace.

He reiterated that sixteen UN offices with agencies and funds are currently in progress in Somaliland such as good governance, upgrading and improving security agencies, development and humanitarian intervention aid.