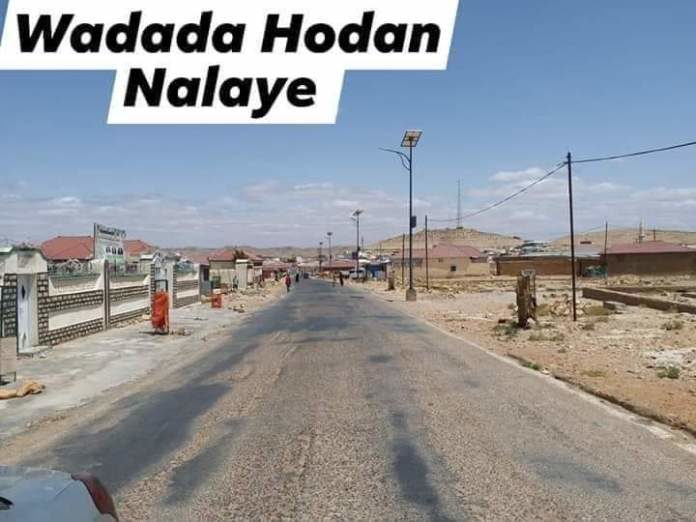 A road in the heart of Lasanod, Sool’s provincial capital named after the late journalist, Ms. Hodan Naleye. The road runs from the hospital and links the heart of Lasanod. The secretary for Lasanod local council said that the reason for naming the street with Hodan is to remember her. Ms. Hodan Naleye was among 36 people killed in a terrorist attack in Kismayo on the 12 of July, 2019. The later Hodan helped hundreds of underprivileged kids to have education and better future in Lasanod. Mr. Abdirahman Khadar Gaas said that due to the unexpected death of late Hodan has forced them to react in grieving her loss and to keep remembering for the welfare of children in Sool region. The late Hodan was killed along with her husband. She was born in Lasanod but grew up in Canada.