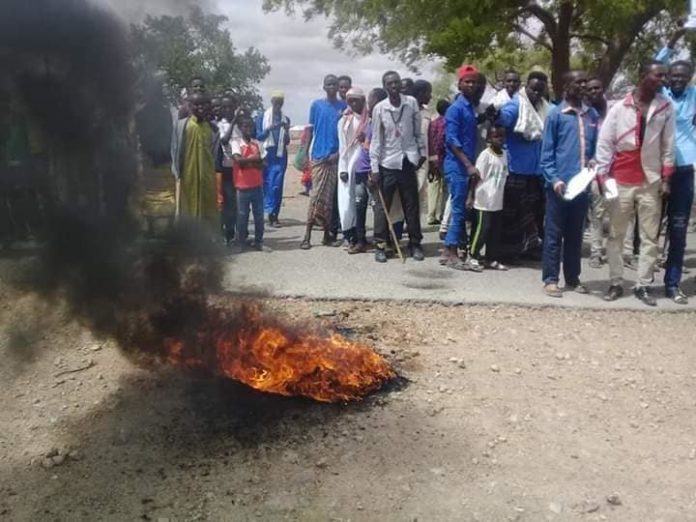 Local residents in Aynabo took to the streets in anger against a law that the house of parliament passed yesterday. The protest staged by the local residents have something to do with a gripe after members of house of national assembly in Somaliland ratified a law which recognized Aynabo to be grade C. They demonstrators have expressed their disillusionment over the parliament decision and called on Bihi’s administration to review the lawmakers verdict. The Head of State is said to have submitted an official letter to the house of national assembly appealing the MP’s to review on the status of Aynabo which is to elevate to grade B. The president is said to have written the letter four months ago.