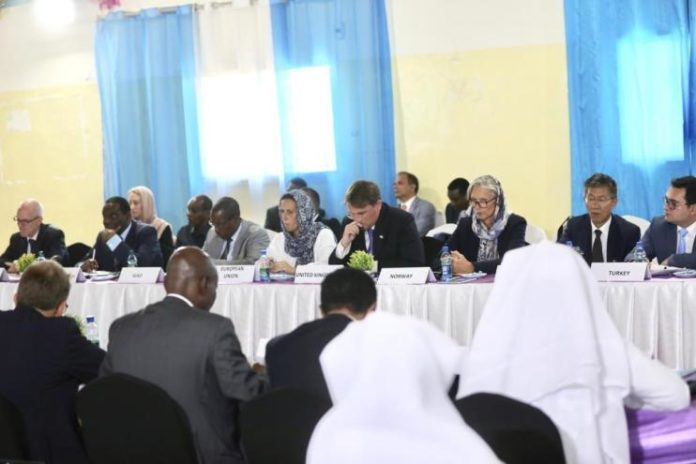 The participants met to discuss priority areas for national and international engagement as a precursor to the Somalia Partnership Forum to be held in Mogadishu on 1 and 2 October.

The Prime Minister and partners agreed to focus the Somalia Partnership Forum on key priorities for action in order to maximise national and partner efforts and resources.

They agreed that these priorities will draw from the roadmaps for reform on Inclusive Politics, Security and Justice, Economic Recovery and Social Development, and that the agreed priorities would be grounded in the partnership principles of mutual accountability. They noted that delivery of the priorities would require urgent steps to strengthen cooperation between the Federal Government of Somalia and Federal Member States.

The partners commended the Prime Minister for his leadership in fostering reconciliation in Galmudug and underscored the importance of pursuing an inclusive approach to reconciliation in all Somalia’s federal member states. They called for ongoing reconciliation and electoral processes in the Federal Member States to be concluded without violence, and in the spirit of dialogue and respect for human rights to ensure all can work together to advance national priorities.

The partners expressed their appreciation to South West State President Abdiaziz Hassan Mohamed “Laftagareen” for the warm welcome and hospitality extended by the people and administration of South West State. They welcomed recent efforts towards reconciliation in South West State and called on all sides to take concrete steps to bring these to a successful conclusion.