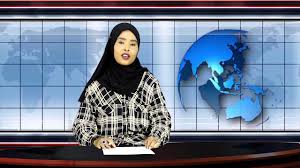 The State run newspaper dubbed “Dawan” on Sunday, has announced that the officials have dismissed female journalist, Ms. Sagal for being the newscaster who broadcast the program whereby women having Khat session was aired from Horyaal24 TV. The female journalist was not only working for the private television but she was also a reporter for state owned newspaper. The newspaper officials issued a letter citing that a journalist working for state run media outlets are not allowed to work for private media outlets. The govt of Somaliland closed the independent television station whilst the owner of the TV is now behind bars for airing a program that was against the morals values of the community. Dawan Editor-In-Chief, Mr. Ahmed Mohamed Suleiman said in the official letter that Ms. Sagal, reporter for the govt newspaper has been suspended and relieved from all her duties. Media associations have expressed their concern over the closure of media outlets for being critical to govt led by president Bihi.