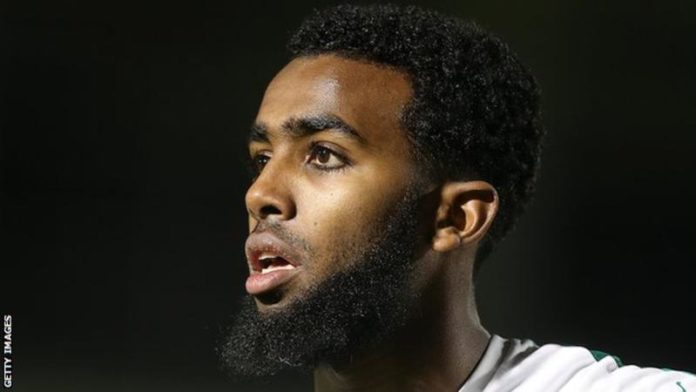 Not every driving instructor can claim to have been part of one of the biggest upsets in the history of international football.

But for Curzon Ashton’s Mohamud Ali, that is all part of a week’s work.

Thursday was certainly no normal night for the Somalia national team, as the side positioned 202nd out of 211 in the Fifa rankings recorded a remarkable first victory in World Cup qualifying.

A dramatic 86th-minute winner sparked jubilant celebrations as the Ocean Stars – the lowest-ranked team in African football – stunned a Zimbabwe team rated 90 places above them 1-0 in the first leg of the preliminary round match in Djibouti.

National League North player Ali, who owns a driving school in Manchester, played the full match at centre-back that night while his brother Ahmed captained the side and provided the assist for the winning goal.

“I told my students that I’d be going away to play international football,” said Mohamud, 25. “Of course, they wanted to continue their lessons but they were all absolutely delighted for me and I assured them I’d be back really soon.

“The support has been amazing. We were trending on Twitter worldwide after the game. It’s a giant-killing when you think about it. They were the highest-ranked team playing in the preliminary round and we were the lowest.

“Nobody expected us to win and if we do manage to get through to the group stage that would be an unbelievable achievement. But it’s already gone down in history.”

An emotional end to a 35-year wait 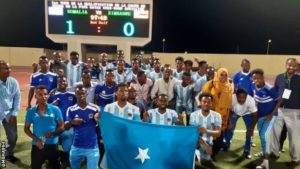 Heading into Thursday evening, Somalia had not won a qualifying match for 35 years – or indeed a fixture of any kind since January 2009.

Suffering a 27-match winless run since that distant 1-0 victory against Tanzania, and beaten 6-0 by Niger at the same stage of World Cup qualifying four years ago, there was little sense of an upset arriving against 2019 Africa Cup Of Nations qualifiers Zimbabwe.

Mohamud, whose role as a driving instructor allows him to fit in enough time for training, believes the result has made all the sacrifices to become a footballer worthwhile.

The defender said: “It was very emotional, very emotional, just knowing that millions of people would be watching the game in every single corner of the world. My brother gave the assist and we just had a moment hugging on the pitch.

“Our parents were born in Somalia and are delighted that we’ve performed for the country on such a big stage. We just want to continue making history with this team.”

His brother and skipper Ahmed added: “As soon as the final whistle was blown I knew this was world news. It sunk in straight away.

“We were joking that if you look at our past results all you see is a red ‘L’ next to all the scores but now we’ve got a green ‘W’ and long may that last.”

‘We’ve made history but we’re not done here’

The first leg, a ‘home’ tie for the Ocean Stars, was instead played in neighbouring Djibouti because of the unstable security situation in Somalia – but the result went far from unnoticed as Fifa streamed the match on its website and the lowly team trended globally on social media.

And, with the second leg on Tuesday and the prospect of an almost unthinkable first appearance in the group stages of World Cup qualification only 90 minutes away, Somalia’s president has already invited the team to visit.

“Apparently the scenes back home are incredible, so if we do go back after the second leg the reception will be unbelievable,” said Mohamud.

“Now Zimbabwe know what we’re about they’ll have to prepare differently for this game but we’re in a strong position.

“We’ve made history but we’re not done here. We know there’s a lot more to come from us. So we’ll go there and fancy ourselves.”