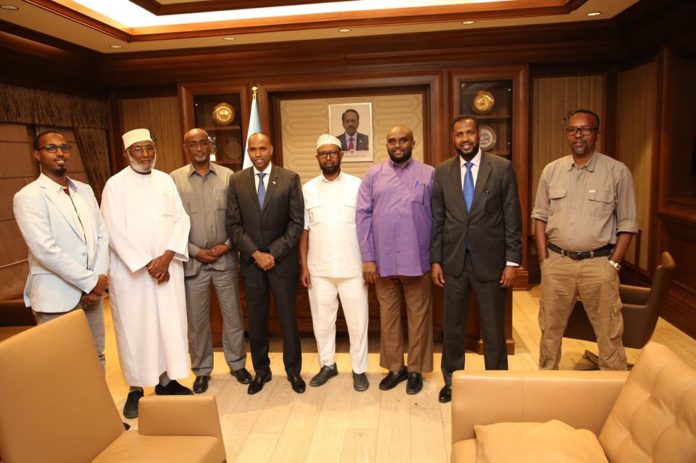 Since then they have been holding meetings with officials from Somalia’s Federal Gov’t culminating their meeting at the Prime Minister’s office.

The delegation was tasked to deliver Somaliland aid to Somalia.

It was 600, 000 US dollars meant for the relief of flood victims in Beletwein in Hiran region in central Somalia.

This is the second time in decades Somaliland has come to Somalia’s relief in the face of natural disasters.

Somaliland had set up a commission to coordinate the relief efforts for Beletwein flooded victims last month.

The Commission is headed up by the Chair of Somaliland’s Chamber of Commerce, Jamal Ibrahim Aidid including business people, philanthropists and religious leaders.

Heavy rains in late October had caused floods in Somalia displacing as close to 37000 people.

The worst affected region was Beletwein district which was flooded. People left their homes and have gone to seek shelter in higher lands.