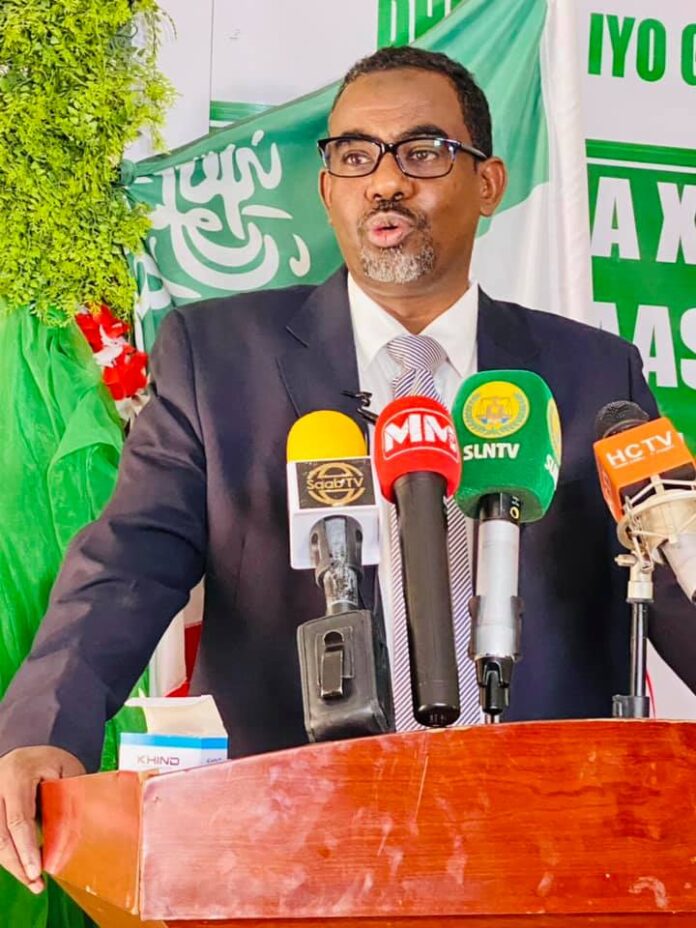 Somaliland’s Public Works & Housing Minister has disclosed that he will lodge a lawsuit against Justice & Welfare Party (UCID) leader for accusing him of committing widespread corruption and public funds embezzlement.

Speaking during a press conference, the minister Hon. Abdullahi Abokor has repudiated the allegations made by Hon. Faisal Ali Warabe.

The minister has demanded that evidences should be brought before he files the lawsuit at the court.

He said that the sustainable road maintenance funded by EU costed around 25 million US dollars contrary to what Faisal Ali Warabe cited.

The minister has reiterated that the project was partially accomplished despite the expiration of the contract and the European Union opposed to renewing it. He asked the chairman to present adequate evidence before the law.