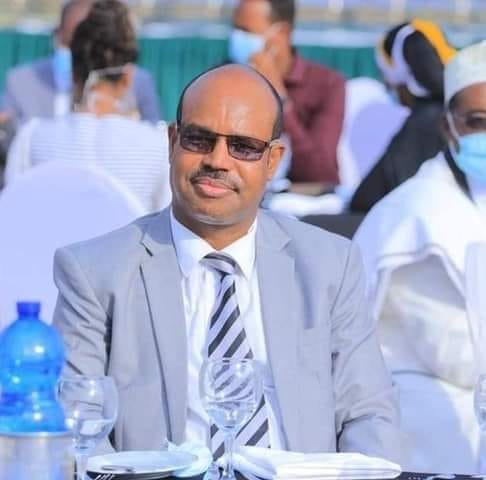 By A. Abdi
Jigjjiga—Prime Minister Abiy Ahmed appointed the influential Somali State senior Politician his Excellency Dr.Hassan Moalim as State Minister for Trade and Regional Integration last week.
Dr. Moalim was elected into the new Ethiopian Federal Parliament as a member of the ruling Prosperity Party with an overwhelming majority. Almost a quarter of a million constituencies voted for him as their representative.
Upon hearing of the news of Dr. Moalim’s appointment as the State Minister for Trade and Regional Integration, the Somali Prosperity Party, political activists, and the people of the Somali Regional State sent their words of congratulations through social media.
President of the Somali State his Excellency Mustafe Muhumed Omar congratulated the newly appointed Ministers, State Ministers, and Deputy Ministers from the Somali Regional State.
“We hope our participation will not be limited to cabinet ministers, but also will play a key role in other government institutions, such as agencies and diplomats,” President Omar said in a statement to the Somali State people .”And it is not yet to be called full participation but it is a good start now.”
The State Minister has taken the opportunity to thank the people of the Somali Regional State for their support.
“Thank you to everyone in our Somali State for electing me to serve you as your Federal state representative, and would like to express my deepest gratitude and respect for your congratulations on this difficult task that has been entrusted to me.”
However, the People of the Somali Regional State have a high expectation that the State Minister will bring a positive change for the trade and the Horn of Africa’s real integration.