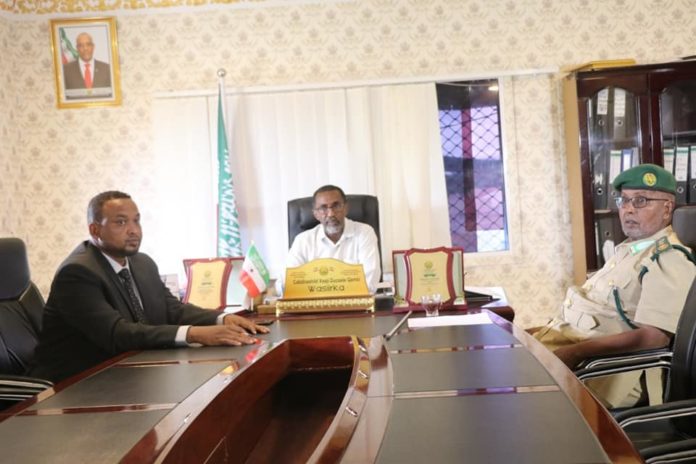 HARGEISA–The Public Works Minister has announced that they will sue opposition officials at the court and who spoke the land where the local government in Hargeisa has allocated for the construction of parliament building and huge prison for the custodial corps.

The land which is located in the outskirts of the east of Hargeisa and impoverished families have claimed the land and accused the government of confiscating their land by force.

The Public works minister accompanied by the mayor of Hargeisa and the boss of Somaliland custodial corps held a press conference at the ministry on Tuesday.

They have announced that they will take the opposition officials to court for defamation charges.

The three government officials have reiterated that the opposition officials will prove before the court what they have told the media and their rhetoric statements aimed at dividing the public.

The Mayor of Hargeisa, Abdirahman Soltelco, stated that the land belongs to the local municipality and no one is entitled to claim its ownership.

He revealed that the land is allocated for the construction of parliamentary building and another building belong to Somaliland custodial corps.

The custodial corps boss, Brigadier General, Ahmed Yusuf Awale has dismissed the claims of the opposition accusing that the government is planning to sell the correctional facility building opposite to Hargeisa hospital.

He promised that the officials who made the remarks will be sued and taken to court so that they will prove it.