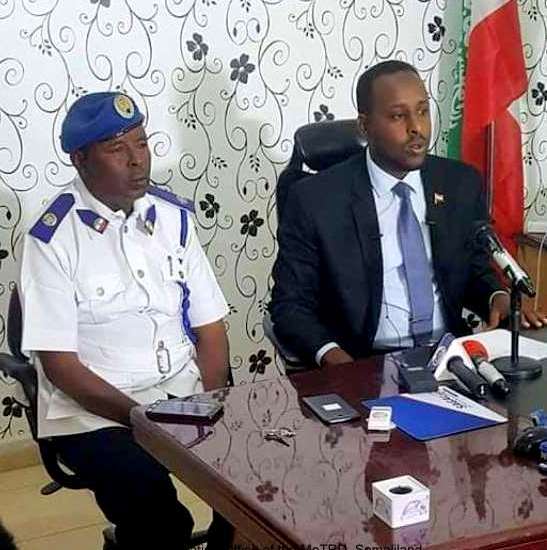 HARGEISA–All passenger vehicle ferries that ferry people from and to Somaliland regions will need to install speed governor devices before the 5th of January, 2020.

Vehicles without installing the speed governor devices will not be allowed to pass through the checkpoints in nationwide.

The move is aimed at taming speed demons on Somaliland roads.

According to a notification of road transport ministry, the speed limit devices is aimed at curbing reckless driving and over speeding which are blamed for the increase of road accidents in Somaliland which claim lives and destroy properties.

This was disclosed by the Director General of road transport ministry, Omar Abdialhi Aden flanked by the traffic police boss, Mohamed Egge.

The two held a joint press conference and said that the first phase of installing speed governor devices to buses that ferry passengers inside and to the regions in Somaliland have been completed where the exercise has been going on for the past 84 days.

The DG accompanied by the traffic police boss announced that interstate buses are given an ultimatum that they have to fix the speed governor devices before the 5th of January, 2020.

The DG and the traffic police boss jointly informed that water trucks, dumper trucks, and trucks that ferry khat to Somaliland provinces must show up at the designated centers so that their trucks will be fixed with the speed governor devices. They said that they have 60 days to accomplish.