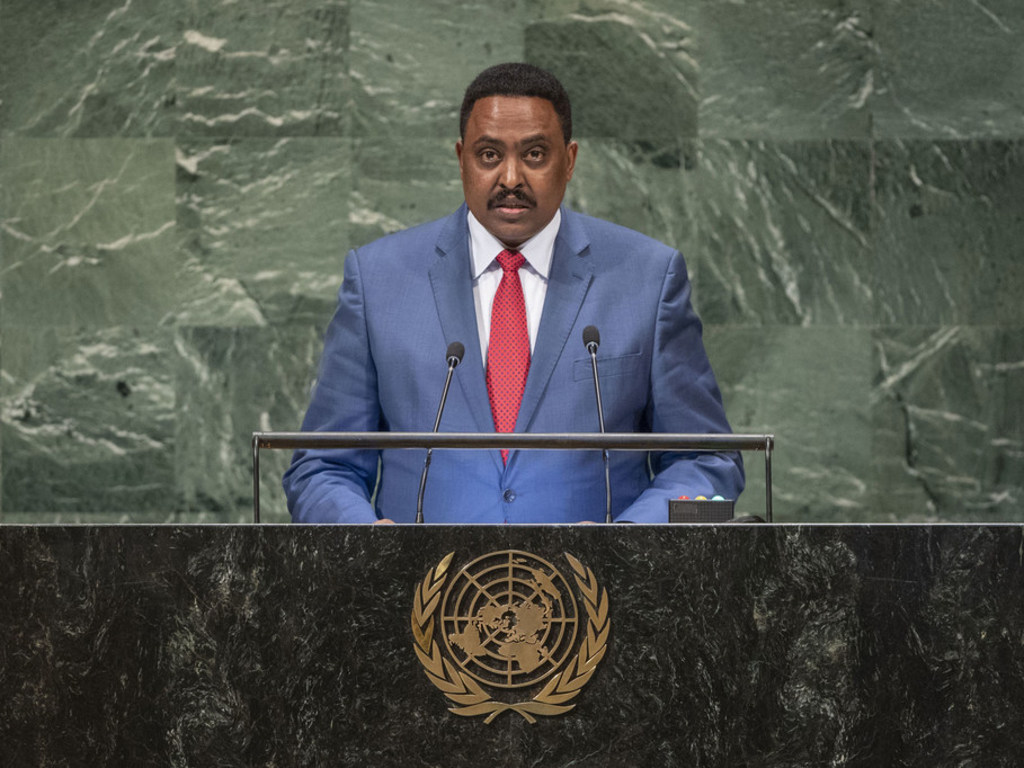 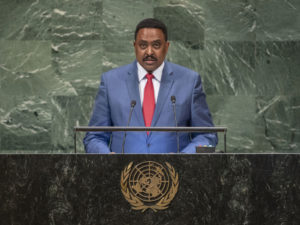 “Ethiopia and Eritrea have opened a new chapter in their relationship, ending two decades of conflict,” he told world leaders on the third day of the Assembly’s annual general debate.

Citing his Prime Minister’s continued actions for peacemaking in the region, he detailed the extensive lengths to which Ethiopia has fostered peaceful relations with other countries from the Agreement in Jeddah between Eritrea and Djibouti, to signing the Revitalized Peace Agreement for South Sudan in Addis Abada.

“These are major developments in the Horn of Africa,” he declared.

“In light of the challenges we face together in the region, the choice we have is very clear,” he stated, adding: “The historic, cultural, social and linguistic links that bind our peoples form a proper basis to strive for common prosperity.”

He further went on to say that as a founding member of the UN, Ethiopia will “adhere…to the principles of multilateralism as we face unprecedented challenges and threats to our community of nations.”