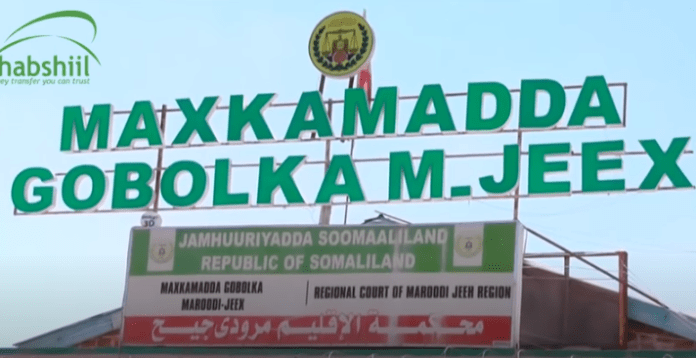 Maordi Jeh regional court convicted four men Wednesday after pleaded guilty of smuggling illegal khat into the country. The four men have admitted the allegations against them and received 3 and half years of imprisonment in a judge ruling. They were also fined to pay an estimated amount of 3 million Somaliland shillings. Abdisalan Hasan Ahmed, the judge presiding over the case has released the fifth man after he pleaded not guilty over the accusations. The judge also announced that the government has confiscated the transporting vehicles. Mr. Abdisalan has also declared that the illegal stimulant chewing leaf khat has been burnt. Ga’an Libah district police boss Khadar Farah Omar has told that they handed over the impounded vehicles caught red handed while ferrying illegal khat into the country. The office of the Attorney General has accused the convicted men that they have violated a directive issued by the committee in charge against the preparedness and response of Covid-19 imposing a ban on Khat for 25 days.