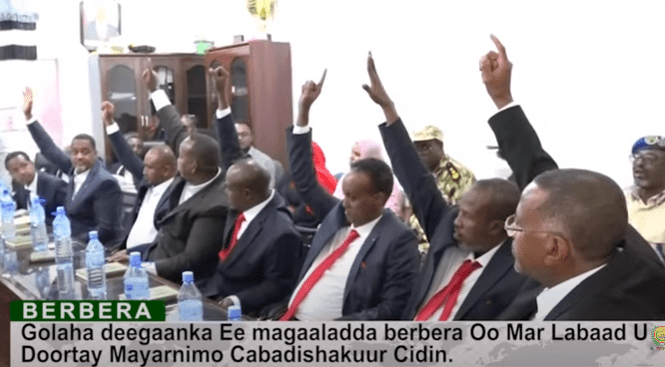 Security heightened in the port city of Berbera over the past 24 hrs. as the city’s local councilors were having their first meeting after they were approved by the provincial court on Monday.

Abdishakur Mahmud Idin has been re-elected as the mayor of the city for the next five years to come.

His main arch rival candidate Mohmed Dable did not show up for undisclosed reasons.

Abdishakur Idin was the front runner for the ruling Kulmiye party and it was widely predicted that the newly forged alliance between the opposition political parties will have a negative impact on his re-election bid.

This has caused some reservations of the possibility that the opposition parties will win the mayoral position of major townships in Somaliland.