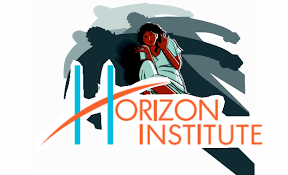 On 6 December 2020, the Court of Appeal of Maroodi-Jeeh, based in Hargeisa, Somaliland, sentenced five young boys to prison for three years and four months. The boys, from Hargeisa Orphanage, and said to be aged from 15-16 years, were found guilty of assisting two other defendants to commit gang-rape against a teenager living at the Orphanage, Awo Harir Rage.

Since first learning of Awo’s plight in early May 2020, Horizon Institute has supported her family in their pursuit of justice.

Awo and her family need and deserve justice. It is the responsibility of the CID, the prosecution, represented by the Attorney-General, and the courts to leave no stone unturned so the true culprits can be identified, charged correctly and brought to trial. Unfortunately, this did not happen. The CID did not carry out a serious and thorough investigation, making it difficult to bring the relevant charges against the appropriate individuals. The prosecution levelled charges against these five defendants that it could not substantiate. The Maroodi-Jeeh Court of Appeal imposed prison sentences without having any concrete evidence to support a conviction, further stating that other accused people had not been investigated by the police. Public anger and demands for a conviction dictated a decision which is plainly wrong in law and which punishes vulnerable children who have no one to defend them.

Despite the flaws in the Appeal Court judgement, the prosecution is now looking to the Supreme Court to hand down even longer sentences against the defendants. The freedom and future of five young boys should not be sacrificed in order to give the impression, because that is all it is, that Awo has received justice. She has not. Neither have these boys who have already been dealt a cruel hand by life when their relatives saw no choice but to place them in the Orphanage. Their poverty and powerlessness should not now, in addition, make it easy for them to be scapegoated for a catalogue of failures by institutions whose job it was to safeguard them.

The lawyer appointed by Horizon Institute to represent the five boys has also appealed against the decision. He is asking the Supreme Court to overturn the Appeal Court decision and to order their immediate release.

For inquires and comments, we can be contacted via email at info@thehorizoninstitute.org.