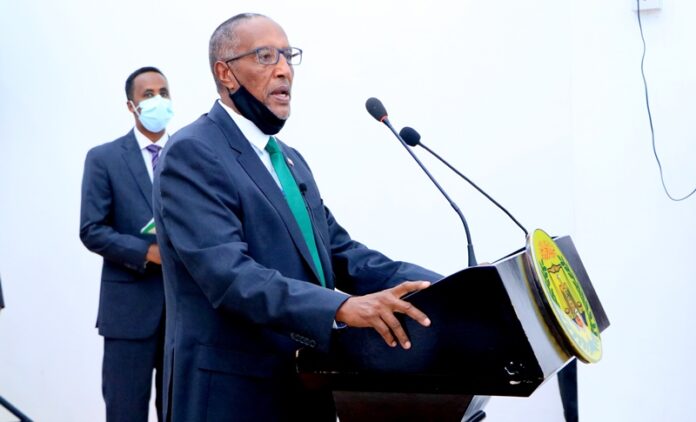 Somaliland President H.E Musa Bihi Abdi on Monday asserted that locals in Mogadishu have been hijacked and cannot make their voice heard as authorities are fueling hostilities.

President Bihi in an address to the joint parliamentary session. talked about several issues ranging from the upcoming elections, the economic achievement and development during Bihi’s presidency, and also the political impasse in south Somalia.

President Bihi has further said that the term of previous government is over, no new government has been chosen or no mandate has been extended while Farmajo is still in power.

The Head of State has also spoken that anti graft authorities in Somaliland implicated 31 officials in his administration of misappropriation of state money.

The President stated that 72 government institutions were investigated over corruption practices.

He also stated that the country’s Audit General has been reformed and has put in place a zero tolerance policy towards theft of state funds.

President Bihi also stated clearly that Berbera airport in the port city of Berbera will be reopened with a period between May to September, 2021.