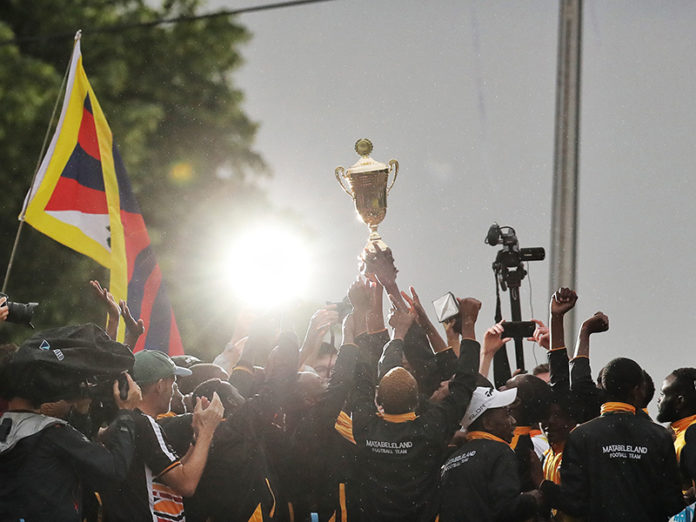 Now the European Football Cup 2019 is at an end, all eyes are turning to next summer’s CONIFA Sportsbet.io World Football Cup, taking place in Somaliland.

To date, CONIFA has 56 members from six continents – but only 16 teams can participate in the World Football Cup. The hosts Somaliland, the holders Karpatalya, and the Wild Card winners Western Sahara have already qualified for the event, all on a so-called ‘Global Ticket’ basis, as their route to qualification was not connected to their continental association.

The remaining 13 berths for the CONIFA Sportsbet.io World Football Cup 2020 are then distributed via continental quotas. Different to other sporting governing bodies, CONIFA calculates the number of continental berths for each continent based on the percentage of members originating from the respective continental zone.

Currently Mapuche is the only South American member of CONIFA. As every continental zone gets at least one entry to the World Football Cup, this team has automatically qualified for the WFC 2020. As the team have confirmed their interest in participating, Mapuche will take part in their first ever CONIFA adventure next summer!

Both the North American and Oceanian zones will have the chance to send one representative each to Somaliland in the summer of 2020. In both cases, several CONIFA members from the respective regions have confirmed their interest in participating, so the entries won’t be known before October 2019, when the qualification phase comes to an end.

A total of 11 CONIFA FAs, or 19.6% of all the association’s members, originate from Asia. This means the zone can send a total of three teams to the World Football Cup 2020. As an incredible eight teams have confirmed their interest and shown confidence that they can compete in the tournament, the teams playing in Africa won’t be known before the end of the qualification period in early October.

A total of four European teams will be able to enter the competition to be crowned World Football Champion next summer in Somaliland, in addition to the already qualified Karpatalya team. As the reigning European Football Cup holder, the Caucasian nation of South Ossetia is the first team to receive a ticket for 2020’s tournament. The remaining three continental tickets will be announced in early October, when the qualification period is closed.

For the first time in the history of football outside of FIFA, the African continent will host a major international tournament. After the FIFA World Cup 2010 in South Africa, it is only the second global football competition on the continent – and the largest ever held in East Africa.

With Somaliland and Western Sahara already holding a global ticket each to enter the event, there are three more teams that will be able to join them. As only three teams from Africa declared their interest to play in the event within the given deadline, we are proud to announce that Darfur will make their return to a CONIFA tournament, after a long break since 2014, where they inspired fans and opponents alike in Östersund, Sweden, at CONIFA’s first World Football Cup.

Likewise, Kabylia and Matabeleland have qualified as well, and will both play in their second World Football Cup in a row, after bringing some of the largest crowds to the last global event CONIFA held in London.

We are extremely pleased to have such a strong African competition at the first ever African non-FIFA football event, and cannot wait to meet everyone in Hargeisa to celebrate the beautiful game together!